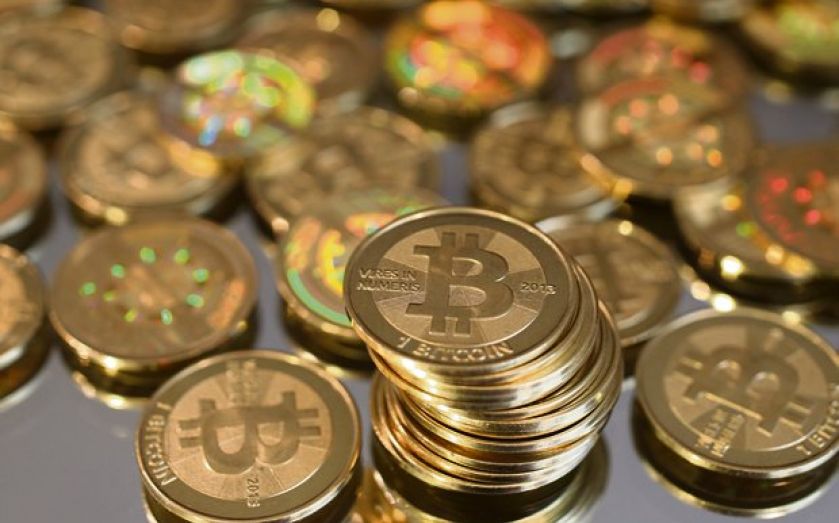 SINCE its inception, the market for bitcoin has experienced one of the most remarkable roller coaster rides of all time. Originally worth a fraction of one cent in 2009, the price of bitcoin rose to peak at not far short of $1,200 in December 2013. Since then, it has fallen erratically and is currently about $328. Over its short history, however, the price of bitcoin has repeatedly risen and fallen and then risen again. So is this recent fall just another one of its market corrections, before it resumes its spectacular rise? Or does it suggest that the bitcoin bubble will continue to deflate or possibly even burst?

To answer this question, we need to look at the fundamentals. A glaring problem then becomes apparent. To work as intended, the system requires competition on the part of the bitcoin “miners”, who validate transactions blocks in their search for newly mined bitcoins. Miners compete to validate the most recent transactions block – one block is validated approximately every 10 minutes – and the first one to do so is rewarded with newly created bitcoins.

However, the mining industry is characterised by large economies of scale – these are so large, in fact, that the industry is a natural monopoly, in which it is economically more efficient to have one producer than many. The problem is that these economies of scale are inconsistent with long-run competition. This implies that the bitcoin system is not sustainable and must therefore collapse.

Indeed, these centralising tendencies are already playing out in the bitcoin mining industry. Mining pools are now so big that the original atomistic competition has given way to oligopoly, and there is concern that these mining pools are big enough to threaten the system by subverting the transactions validation process for their own ends: for example, by mounting some kind of double-spend attack.

Up to now, most of the big players have managed to maintain confidence in the system by exercising self-restraint thanks to a shared belief in bitcoin idealism – in effect, a commitment to the bitcoin community as a whole. However, in recent months, one big pool, GHash.IO, has openly rejected that idealism and now poses a major threat to the system. But even without GHash, the situation in the mining industry is unstable, and the underlying economics – the tendency to monopoly – must eventually win out: even bitcoin cannot defy the laws of economics forever.

The bitcoin system is thus already reduced to the point where it is relying on trust in the dominant mining pools not to abuse their power. Distributed trust – trust in the network itself, rather than in any individual players – is living on borrowed time. However, distributed trust is the core of bitcoin’s value proposition. Once that goes, one can then see the other elements of its value proposition – the absence of a single point of failure, transactions anonymity, even the integrity of the bitcoin protocol itself – falling one by one like dominoes. There will then be no point in using bitcoin anymore: if you have to rely on a big mining pool to keep its promises, then you may as well use PayPal instead.

In the meantime, there is nothing within the bitcoin system to credibly shore up confidence. The sticking plaster solutions that have worked up to now cannot work indefinitely. At the same time, unlike gold or tulips, bitcoins have no alternative use. So when the price collapses, there is no “natural” price to fall to north of zero.

And so the whole bitcoin system eventually becomes a house of cards, and anything – a scandal, a government attack, whatever – could trigger a loss of confidence leading to a run that brings it all down.

In fact, a number of the “alt” cryptocurrencies – including Auroracoin, Terracoin, Freicoin, Mooncoin, Scotcoin, BBQCoin and several others – have already experienced massive price collapses. There is no reason why bitcoin should be exempt from the same fate.

For any investor, the rational decision is to sell before the roof falls in. If enough think the same way – and why shouldn’t they? – then their expectations will become self-fulfilling. There will be a stampede for the exit, the price of bitcoin will drop to its intrinsic value – zero – and the system will collapse.

The only question is when.

Kevin Dowd is professor of finance and economics at Durham University and a partner in Cobden Partners. www.cobdenpartners.co.uk His talk “Bitcoin will bite the dust” is to be given at the 32nd Cato Annual Monetary Conference, Alternatives to Government Fiat Money, at the Cato Institute in Washington, DC today.