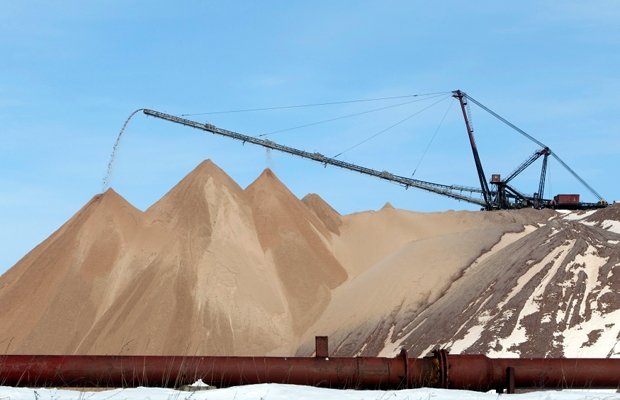 Western Australia Iron Ore set its 13th consevucitve annual production record for the year ended 30 June 2013, with production up seven per cent to 169.8m tonnes, thanks largely to 17 per cent year-on-year growth in the final quarter.

Meanwhile, Escondida copper production was up 28 per cent to 1.1m tonnes.

However, while onshore US petroleum production remained strong, extended maintenance and drilling delays in the Gulf of Mexico constrained petroleum growth to six per cent – four million barrels short of company guidance.

Shares in BHP, which have fallen ten per cent in the year to date, rose 2.1 per cent on the strong results and are now hovering up around 1.4 per cent.

However, uncertainty over demand from China could be damaging, and BHP chief executive Andrew Mackenzie has said he will look to cut costs by billions and focus on labour productivity.

When the company publishes its annual results on 20 August, analysts expect net profits after tax of around $12.5bn for the year to June – down from £17.1bn last year.