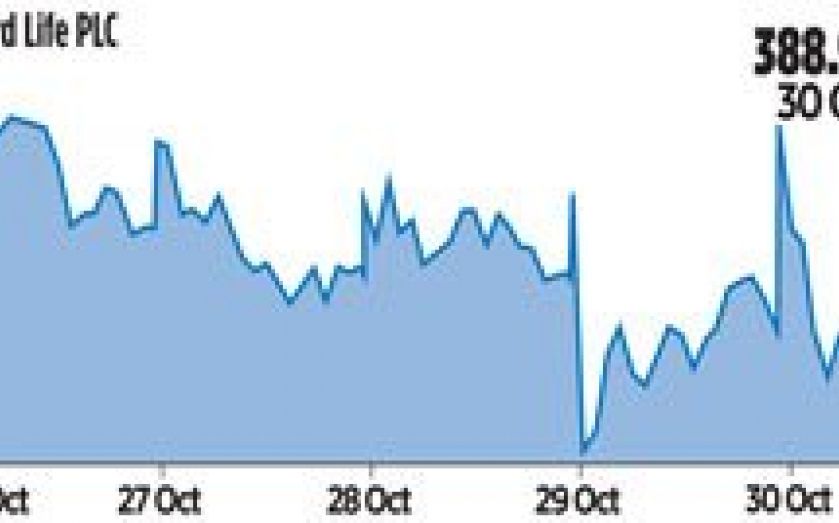 STANDARD LIFE
Deutsche Bank has a “buy” rating on the insurer with a target prices of 445p after it revealed “better-than-expected” asset growth. “We continue to see Standard Life as amongst the best positioned UK life assurers on any longer-term view,” the analysts said.

KAZAKHMYS
Numis maintained their “hold” rating after mixed figures in third quarter results showed Kazakhmys had missed its quarterly production target due to ongoing work at its Balkhash smelter, but guidance remains intact. Increasing net debt has been partially offset by restructuring its PFX facility.

FUGRO
Canaccord Genuity upgraded its recommendation to “hold” despite lowing its target price to €17.50 from €23.00. Recent profit warnings and the new release of targets which imply large cuts to medium-term earnings have seen a sharp decline in share price which sees the stock trading close to fair value.