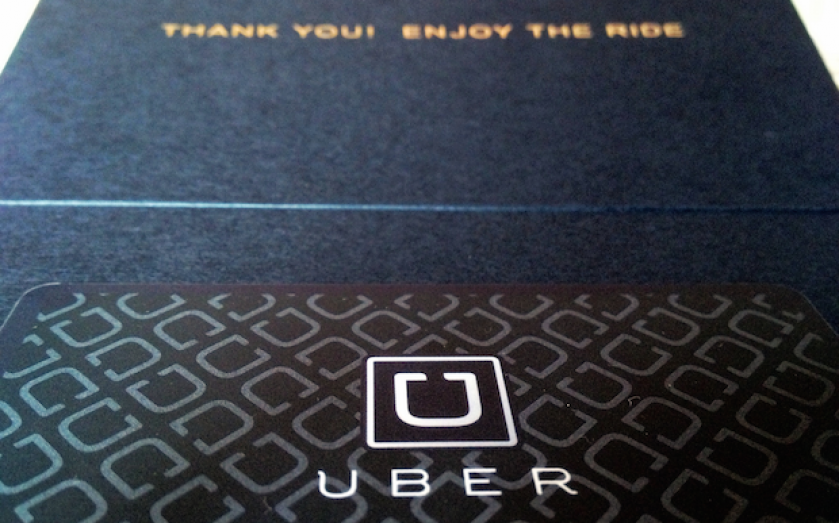 Germany's capital city has followed the lead of Brussels and banned the insurgent taxi service Uber.

The San-Francisco based company was served with an injunction by a Berlin court for hurting competition.

In a sign that European taxi drivers are increasingly worried they may have to provide a quality service at a decent price, the injuction was brought forward by none other than  Richard Leipold, a taxi operator and chairman of the city's taxi association.

"This isn't a student start-up against a big taxi cartel. Uber is backed by Google. If I'm wearing gym shorts I don't want to compete against someone wearing hobnailed boots," said Leipold.

Uber's response to the decision didn't quite buy Leipold's protestations of underdog status.

"Choice is a beautiful thing. Berliners love it. We love it. Big Berlin taxi companies don't," Uber said in a statement.

The company said the decision would curb consumer choice, limit new economic opportunities and said it would "vehemently" contest the decision.

Yesterday Brussels called time on the app-enabled taxi service, with threats of €10,000 (£8,200) for each violation.

The ban was sadly predictable. In March, Brussels' minister for public works and transport Brigitte Grouwels along with several taxi companies, had accused Uber of violating taxi regulations, according to newspaper De Tijd.

In France, Uber has been subjected to the so called "15-minute" law, which requires taxi apps to wait 15 minutes after customers place a booking to pick them up.

However, this has not been enough to appease the militant taxi unions of Paris. Paris taxi groups have since been lobbying for a doubling of the regulation to a "30-minute."

Uber's use of smartphone software and surge pricing policy have made it a force to be reckoned with. It is part of an industry that a few short years ago that was non-existent, but now app-based service companies boast almost 12,000 vehicles.