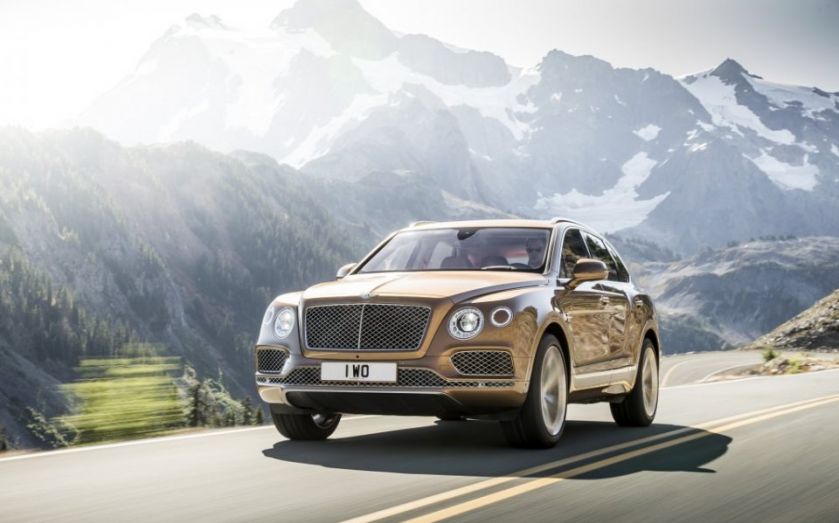 Have a spare £160,000 hanging around? Bentley has unveiled its latest offering: the six-litre, 10ft-long, 5,300lb Bentayga, the company's "sumptuous" SUV. Understated, it isn't.

"The standard palette alone comprises 17 exterior paint colours, with up to 90 hues available in the extended range."

The car comes with a choice of 15 interior trims (Source: Bentley)

At 600 horsepower, it's also the "fastest, most powerful, most luxurious and most exclusive SUV in the world," boasts Bentley, which called the car the "next step in our brand's bold future".

But it's not just a pretty face: the car features gadgets such as traffic sign recognition, "top view" (four cameras showing the car's "overall surroundings") and night vision, to identify obstacles at night – as well as a "cutting-edge eight-inch touch screen infotainment system" and a "panoramic glass roof".

"For comfort in the great outdoors, sections of the hamper can be removed and used as seats," adds the company. Although when you have luxury like that, there doesn't seem much point in going outside…