The comparison is almost too obvious, but certainly unavoidable. Twenty years on, the same club return to the same stadium and the same man is at the heart of it again.

Manchester United revisit Camp Nou tomorrow for their Champions League quarter-final second leg against Barcelona 1-0 down and needing a turnaround akin to the famous final of 1999, in which their now manager, Ole Gunnar Solskjaer scored the injury-time winner in a remarkable 2-1 victory over Bayern Munich that clinched a historic treble.

Having spent plenty of his four months in charge of United evoking the past, speaking passionately about the club’s history and identity, telling tales of Sir Alex Ferguson and of the mythology of Old Trafford’s Stretford End, you would think now would be the perfect time for Solskjaer to lay it on thick. No cause is a lost one. United don’t give up. Write your own history.

With Ferguson in Barcelona alongside the squad there are bound to be some rallying words from the legendary manager. But it seems, this time at least, that to inspire his players Solskjaer is keen to move away from his previous strategy to draw instead upon the more recent past. 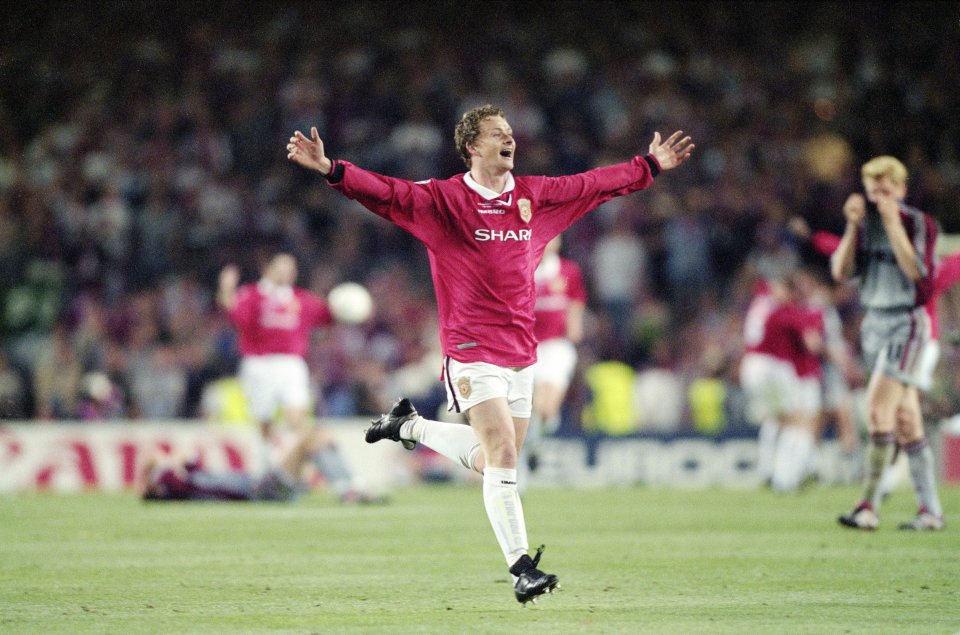 Solskjaer scored from a corner in injury-time after Teddy Sheringham had equalised (Source: Getty)

He says he won’t mention the events of 1999 to his players, preferring to use their own exploits in beating Paris Saint-Germain 3-1 last month and Juventus 2-1 in November.

“No, I won’t because it was against Bayern Munich – it was a final, it was different,” Solskjaer said after United’s 2-1 win over West Ham on Saturday.

“We will use the PSG [match], we will use Juventus away. We have beaten some good teams away from home this year, and played against some great players.”

Before their recent slump, which has seen United lose four of their last six matches in all competitions, Solskjaer’s side had indeed produced plenty of impressive performances away from home.

Under Solskjaer United broke a club record by winning nine successive away games – a streak which included victories at top-four rivals Tottenham, Arsenal and Chelsea. 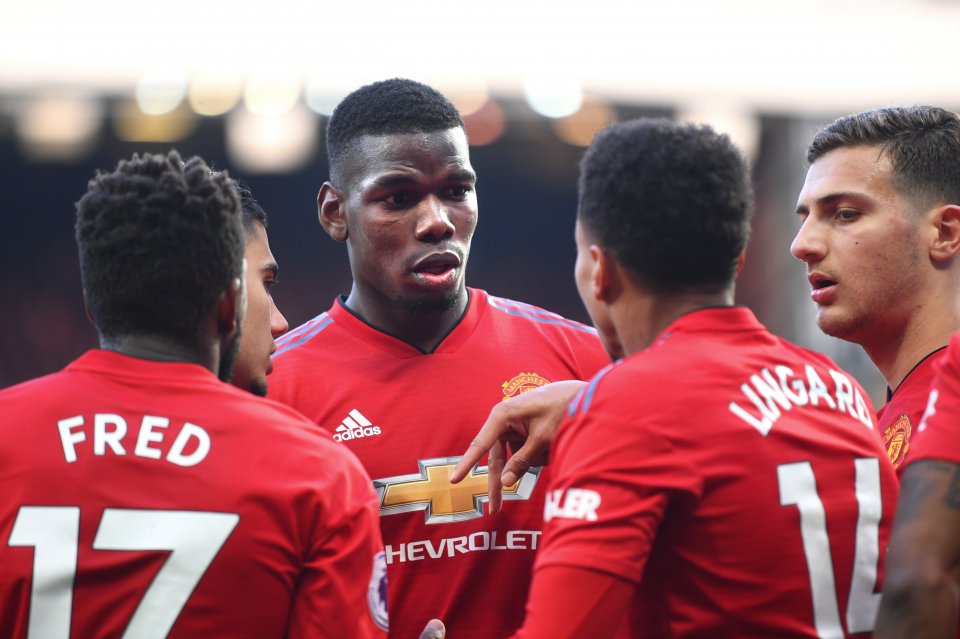 But it is undoubtedly the win at the Parc des Princes on 6 March which carries the biggest psychological weight. Becoming the first team in 107 attempts, across the history of the Champions League and European Cup, to overcome a 2-0 deficit from the home first leg means something.

Barcelona may be nine points clear in La Liga, with just one defeat in all competitions since 23 January and with one of the greatest players of all time in their ranks, but United’s task remains improbable, rather than impossible.

“Of course what we did against PSG as a team must give everyone a huge confidence boost because that experience was probably the best they have had for many years, those players,” Solskjaer said.

“They are probably dreaming about another one of them again at the Camp Nou.” 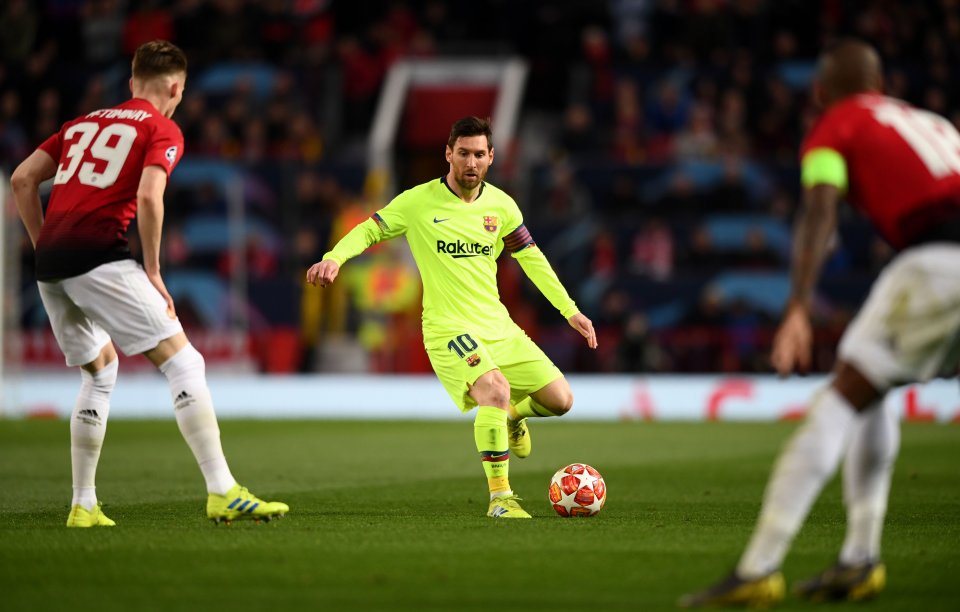 Lionel Messi failed to light up the first leg in Manchester (Source: Getty)

Despite his apparent change of tack in motivational techniques, Solskjaer is still one of football’s optimists.

His side may not have registered a shot on Marc-Andre ter Stegen’s goal at Old Trafford last week. They may have been second best to West Ham on Saturday. They may be missing left-back Luke Shaw through suspension. And the sheen from his early days of unblemished positivity may have worn off slightly, but the Norwegian knows all it takes is a fortuitous drop of the ball to change everything.

“I don’t believe in fate but I do believe that you get what you deserve,” he told ESPN. “Sometimes things are meant to be if you really go it. I’m not the type to think: ‘This makes me proud.’ I will feel the butterflies, I will be excited. I cannot wait to get going because it’s the biggest stage.”

Now, 20 years on from United’s most famous moment, its architect will attempt to repeat the trick.