Banking on the future: The boss of the Association of Foreign Banks speaks to CityA.M. 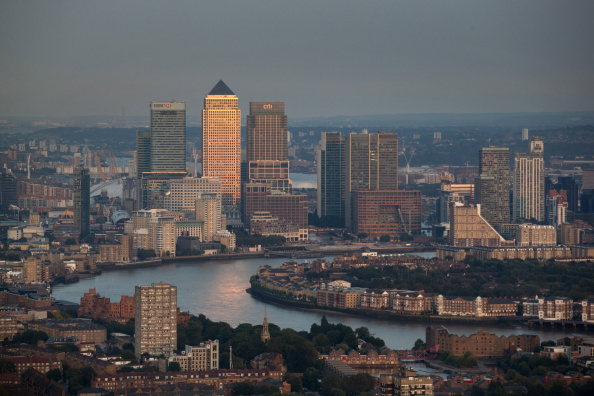 Among the many services that the Association of Foreign Banks (AFB) provides to its global members is a guide on how to handle allegations of workplace harassment.

Overseas banks with an office in the UK can pay their trade body a small fee for a 26-page report that highlights case studies of misconduct.

It even gives examples of what harassment is, for any bankers in doubt, including offensive emails, inappropriate facial expressions and graffiti.

“It was a product we sold to our members for something like £130, and our members have told us they think it’s saved them £12,000 in legal advice,” says Catherine Raines, the head of the AFB.

It is hard to imagine a corporate trade body needing to provide its clients with such advice in decades gone by, but Raines has joined the world of banking at a time when the non-financial aspects of company conduct are attracting more scrutiny than ever before.

Having never spent a day in banking before taking on her new post at the AFB last year, Raines says part of her job now is to “restore the pride in banks”.

We are meeting for a quick lunch at One Lombard – a popular lunching spot in the Square Mile and an appropriate meeting place given the Lombards were among the first foreign bankers to make their name in the City.

As a veteran of the pharma world, she sees similarities between the rocky reputations held by both her former and current sectors.

“When I think back to my time in pharmaceuticals, probably back in about 2005, the reputation of the pharmaceutical industry was rock bottom.

“Even now, the pharmaceutical industry is painted as a machine that makes money out of people’s sickness rather than a business that, yes makes a return for shareholders, but also does an enormous amount of good.”

Similarly with her new job, she says that “banks have got some work to do to repatriate their reputations and I’d like to help them with that.”

She is heading up an influential organisation that has typically shied away from the spotlight; it has no social media account, a rusty-looking website and very little public presence.

But at a time when London’s dominance in capital markets is coming under pressure, Raines is keen to promote the issues that foreign banks want to see to make sure the City of London remains a global financial centre.

Almost a year into the job, the “proud Brummy” has created a number of senior roles and new initiatives for her 200-plus members.

One idea she plans to roll out next year is an exclusive club for banking chief executives in her organisation titled the “AFB CEO programme”.

The club “will ensure access at the highest levels of influence via an exclusive and carefully-curated programme of events”, including talks with City regulators such as Andrew Bailey and Sam Woods.

Foreign banks will be hoping for some sympathy from regulators after a turbulent 12 months; low interest rates, weakening economic growth and Brexit-related uncertainty have all dented optimism in the sector.

Credit ratings agency Moody’s has been on a downgrading spree in the last month, cutting its outlook for the world, European and British banking systems to negative.

But Raines says that her members are ultimately optimistic about the future.

“They’re obviously a bit nervous about Brexit just because it has gone on and on and on.

“They have moved people but probably not as many as had originally been feared, and they have changed their booking models in some cases, but they aren’t fleeing the city.