The Bank of England once again voted to keep interest rates on hold today, as it painted a picture of an economy propped up by household spending as Brexit uncertainty continues.

Threadneedle Street also upgraded Britain's 2019 economic growth forecast to 1.5 per cent compared to the 1.2 per cent foreseen in February, thanks in part to a “temporary” boost from Brexit stockpiling.

The first monetary policy committee (MPC) decision since Britain’s membership of the European Union was extended until 31 October saw a unanimous vote to keep the headline interest rate at 0.75 per cent.

The Bank maintained its view that “an ongoing tightening of monetary policy” from now until 2022 was the right course, largely due to its prediction that excess demand will pick up strongly in the economy. This guidance that it will raise rates makes the institution rare among leading central banks, which have been more dovish.

The MPC emphasised that the UK’s economic data “could be unusually volatile” and will “depend significantly” on the shape Brexit takes. Threadneedle Street said little about the Brexit extension, maintaining its “wait and see” position.

The Bank’s inflation report — its health check of Britain’s economy — predicted unemployment would fall faster than originally thought, hitting 3.5 per cent by 2022, a rate not seen since the 1970s. 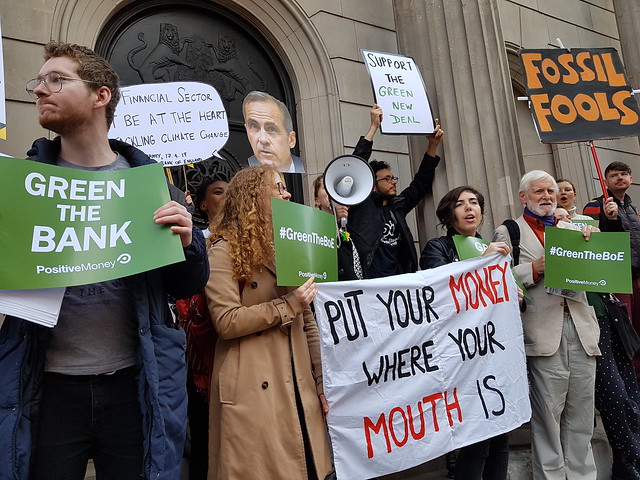 The MPC predicted that Britain’s economic growth will stay flat at 1.6 per cent in 2020, matching growth in 2019. But the group foresees it hitting 2.1 per cent in 2021, 0.3 percentage points higher than predicted in February.

Inflation is expected to rise above the Bank’s two per cent target briefly during the second quarter of this year as the Ofgem price cap is increased, pushing up energy prices.

However, inflation in 2020 is expected to be lower than originally forecast, at around 1.7 per cent, thanks largely to falling wholesale gas and electricity prices.

A large part of the economic growth will be due to household spending, which has been remarkably resilient during the Brexit impasse. Household consumption is now expected to grow 0.4 per cent in the first quarter of the year. Bank of England governor Mark Carney said: “Real wage income is growing and that’s what’s driving consumption.”

Consumption has become increasingly important due to shrinking business investment, which is expected to continue for another two quarters, and weakening international trade.

Carney said it was likely that businesses were hiring people who can be laid off later instead of investing. “The relative cost of investment versus hiring has shifted quite substantially in favour of hiring,” he said.

Britain’s economic situation will also be boosted by a strengthened global economy towards the end of 2019, the Bank said. The MPC said a spate of central banks holding or cutting their interest rates and US-China tariff increases being taken off the table will benefit the UK.

In one of governor Mark Carney’s last economic reports as Bank of England chief, the MPC reiterated its warning about a no-deal Brexit, saying: “A disorderly exit could severely impair the productive capacity of UK businesses.”

Outside the Bank, climate protestors had gathered to demand the institution go green and spend its stimulus money on eco-friendly companies. Carney said the bank's financial policy committee (FPC) rather than the MPC were responsible for ensuring the financial system played its part in mitigating climate change.