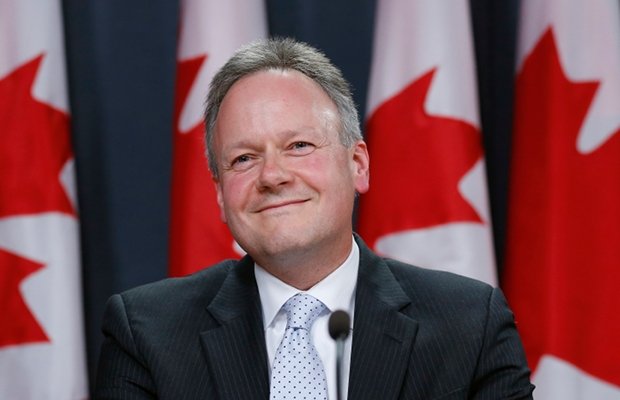 The Bank of Canada has left its interest rate target unchanged at one per cent as expected. It is the first decision made without the leadership of current Bank of England governor Mark Carney and the first under new governor Stephen Poloz.

While US economic expansion is encouraging and Japanese fiscal and monetary stimulus is speeding along recovery, the eurozone remains an area of concern, as does the slowdown in emerging markets (and global commodity prices), causing the bank to downgrade its global growth forecast.

Despite ongoing competitiveness challenges, exports are projected to gather momentum, which should boost confidence and lead to increasingly solid growth in business investment. The economy will also be supported by continued growth in consumer spending, while further modest declines in residential investment are expected. Growth in real GDP is projected to be sufficient to absorb the current material excess capacity in the economy, closing the output gap around mid-2015, as projected in the April MPR….

Against this backdrop, the Bank has decided to maintain the target for the overnight rate at 1 per cent.  As long as there is significant slack in the Canadian economy, the inflation outlook remains muted, and imbalances in the household sector continue to evolve constructively, the considerable monetary policy stimulus currently in place will remain appropriate. Over time, as the normalization of these conditions unfolds, a gradual normalization of policy interest rates can also be expected, consistent with achieving the 2 per cent inflation target.