Back on track: McLaren CEO Zak Brown ready to return the Formula One team to their glory days 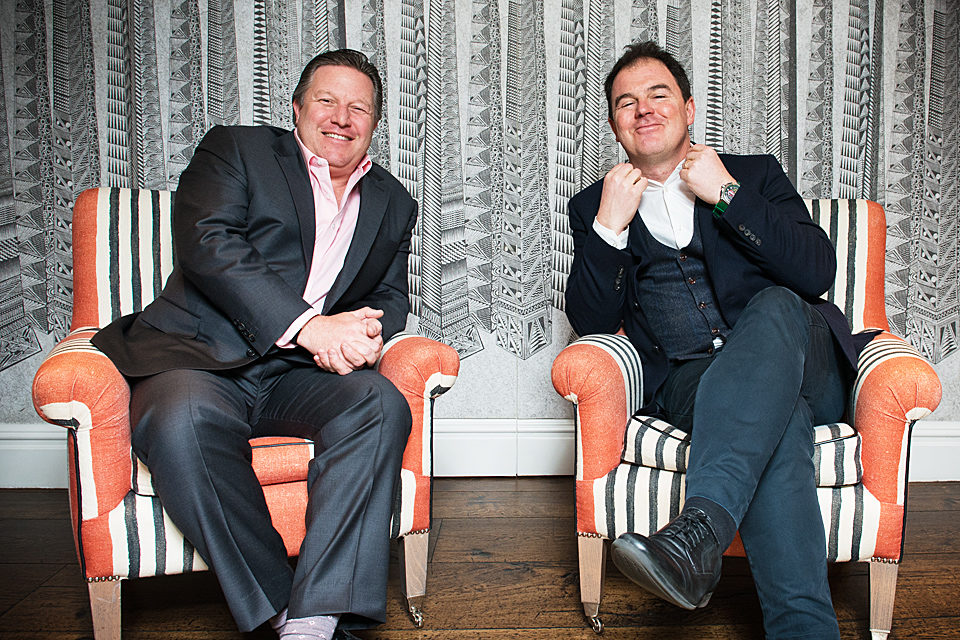 There was never going to be a quick fix to McLaren's problems but, with the start of the new Formula One season upon us, the team find themselves ably prepared to return their prestigious name to the front of the grid in the coming years.

They are some way off ousting Mercedes and Ferrari in 2019 but the signs of their increasing competitiveness are there as they aim to be among the frontrunners once more within the next three years.

That is the expectation of the man at the head of it all: chief executive Zak Brown.

Read more: New kids on the grid: Norris and Russell set for Formula One debuts

“I think the top two or three will be the same that we've seen for too long now, which will hopefully change when [F1 owners] Liberty put in place the budget cap and the new regulations in 2021,” Brown tells City A.M.

A self-proclaimed workaholic, Brown has rung the changes on and off the track, with two new drivers in Lando Norris and Carlos Sainz Jr as well as a number of new senior personnel, as he fights to return McLaren to their glory days.

Pat Fry has returned as engineering director, a role he held when McLaren last won championships, while the experienced Gil de Ferran has joined as sporting director. James Key and Andreas Seidl will soon join as technical director and managing director respectively, although neither were involved in the production of this year's car.

“The leadership team is now in place but it takes time for everyone to come together,” says Brown. “We won't be at our full fighting weight until our 2020 car. Even then it'll be the first year they've worked together and good teams take a little bit of time to gel.”

McLaren are prepared for a competitive battle in the middle of the pack (Source: Getty)

Brown, 47, began what he describes as “the best job in the world” in 2016, taking over from Ron Dennis, who he believes is one of the three most influential people in F1's history – along with Enzo Ferrari and former chief Bernie Ecclestone.

The American calls himself the “team's spokesperson and quarterback” and his passion for motorsport is clear, not least through his staggering collection of more than 20 vintage race cars, among them Ayrton Senna's 1984 Toleman and 1986 Lotus Renault F1 cars.

For now, the team are focused on winning a competitive midfield battle, in which the McLaren chief feels there is just half a second per lap separating the fourth and ninth fastest teams – thanks in part to a lack of disparity between the four engines that the teams are using, with the order of the pack likely to change from track to track.

To be the best of the rest come the end of the year is the dream, but improving on last year's “unacceptable” ninth place is a must – starting in Melbourne this weekend.

“Winter testing has been a lot better this year,” Brown says. “We've done twice the mileage, the car is much more reliable than last year.

“It's a brand new car, there's nothing much we've carried over. It seems to be very good, but there seems to be 10 pretty good race cars. It's going to be exciting in Australia.”

It's not just the work back at the Woking factory that is part of the rebuilding process; McLaren are also nurturing the next generation of drivers.

Lando Norris will become the youngest British driver in Formula One history at 19 (Source: Getty)

Sainz, 24, joins the team from Renault, who also supply the team's engines, and he will be partnered by Norris, who is part of the McLaren junior driver programme and stands to become the youngest British driver in F1 history at Melbourne this weekend.

“His pedigree coming up through the ranks is outstanding and he had some good testing with us,” says Brown. “We put him in free practice at the end of last year as a final test and he did extremely well. He was quicker than Stoffel [Vandoorne] and very close to Fernando [Alonso].

“He's a rookie and he'll make rookie mistakes, so we need to not have too high expectations too quick, but I think he's got what it takes to be a future world champion.”

The main goal for Norris this season is to learn and improve, while naturally he will also be compared to his team-mate. Brown is willing to be patient with his prodigy, though, and insists one of the main targets Norris has been set is to “not make the same mistake twice”.

The Bristol-born driver will continue to have the advantage of receiving wisdom from two-time world champion Alonso, who has re-joined McLaren in an ambassadorial role and will advise drivers and engineers as well as test the car.

Fernando Alonso (left) will work as an ambassador for McLaren as he stands alongisde Zak Brown and Norris (Source: Getty)

He brings 18 years of experience with him as Brown continues his sensible approach of “getting the best talent in the best places”, while Alonso will also race for McLaren in the Indy500 in May. Brown refused to be drawn on whether there would be a seat available for him should he wish to return to F1.

McLaren's sponsorship revenue has increased under Brown's leadership, too, bucking a trend of stagnation and decline across the sport as a whole. He believes there is room for growth as well as in the media sector, while he feels more entertainment around race weekends would help maintain the under-threat promoter fees that Ecclestone accrued.

Providing fans with more than one aspect of what they want from racing is something that Brown is also doing as chairman of Motorsport Network, which he runs alongside British former F1 journalist James Allen.

The business has a diverse array of assets and owns media titles such as motorsport.com and Autosport, as well as betting, merchandise, ticket sales and esports arms.

“The racing fan is hungry. You might start off selling sodas, but people want snacks, desserts, dinner – and so if you look at all the products and services we've put together, it's to feed that thirst,” Brown says.

The business, founded by Mike Zoi in 2015, has brought together a largely fragmented industry with several distinct categories of competitions and businesses to create a more inclusive platform for consumers.

“We also use what we call the network effect,” Allen explains. “For example, you could buy a ticket from a single supplier, but what we can do because we have these other areas is add value to that. If you get a subscription, you can have extra value in terms of early bird tickets and other things.

“If you think about Amazon, you get a prime subscription – 'Oh, I just realised I’ve got a Kindle and I can get discounts on groceries' – and on you go from there.”

While Motorsport Network aims to revolutionise how fans consume racing, Brown is taking a similarly cut-and-thrust approach to McLaren as he bids to get one of Formula One's most successful teams back on track.