Autumn Statement and Comprehensive Spending Review 2015: Housing set to dominate - as well as what time it starts, how to watch it and what will be in it 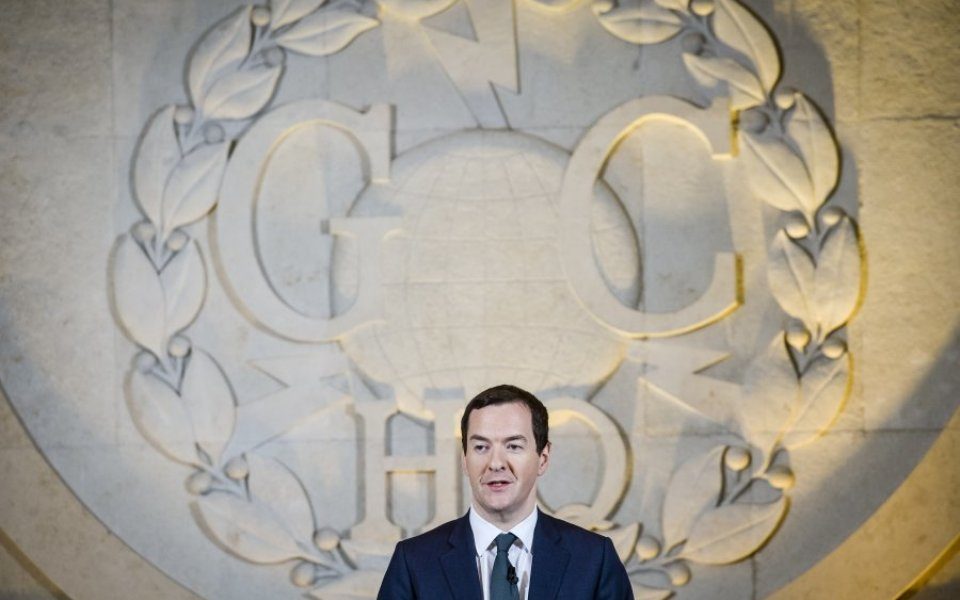 Later today George Osborne will take to the despatch box to give his combined Autumn Statement and Comprehensive Spending Review.

George Osborne has already tweeted the front cover of the document, saying it will "deliver economic and national security – the foundations of everything we do".

Today's Spending Review will deliver economic and national security – the foundations for everything we do #SR15 pic.twitter.com/Fgstmgfm48

We already know about increases to the government's housebuilding budget, as well as changes to the NHS. But what else will the chancellor unveil? Here's everything we know.

Today, 12.30pm. The BBC, Sky News and the Parliament websites will all do their own live video coverage of the event, beginning from 11.30am.

This year the chancellor will combine his bi-annual budget update with a five-year Comprehensive Spending Review, during which he will announce changes to departmental budgets. It's worth pointing out that in order to meet a target set by himself in 2010, he'll have to find another £22bn of cuts.

He's previously set out his priorities for the Spending Review, citing economic security as its "beating heart". In a speech two weeks ago, he vowed to create a surplus by 2019-2020.

Analysis by Bank of America Merill Lynch published earlier this week suggested Osborne will be forced to increase borrowing by £7bn. He may also cut his hopes of a £10bn surplus by 2020 a little, which would leave less room for future tax cuts.

Read more: One chart showing where the chancellor has found savings so far

Shares in housebuilders jumped this morning after it emerged the chancellor will vow to double the national housing budget as part of the spending review. He's expected to announce £9.6bn of government investment into housing schemes, including £2.3bn to fund its starter homes scheme.

He also may give us further detail on the Help to Buy Isa (which is due to launch on 1 December), and more details on which prisons will be sold off for development.

Osborne's failure to pass those much-maligned changes to tax credits means he may seek to soften the blow for the lowest earners.

Iain McCluskey, tax director at PwC, suggests he may slow down the cuts in tax credits, or protect the lowest earners from the cuts.

But there may be another way – namely, by raising the tax-free personal allowance, although doing that will have less of an effect on the very lowest earners, who are already making less than the allowance.

"Significantly increasing the lower earnings limit for national insurance would be of real help to lower earners and may also lessen the impact of the tax credit cuts," says McCluskey

While other departments have their budgets cut, the NHS will benefit from an additional £10bn a year above inflation by 2020, with £6bn provided by the first year of the spending review.

There's a catch, though: not only will the service have to provide weekend and evening access to GPs for everyone by 2020, costing £750m, but it'll also have to meet punishing targets on efficiency, diagnostics and outpatient appointments – which will mean winning that fight with junior doctors over their hours.

We already know announcements of the National Minimum Wage and the Statutory National Living Wage will henceforth be made at the same time.

The only question is when – while some have suggested October next year, others believe it could be April 2017.

The Northern Powerhouse project continues apace, with businesses in the North of England jumping at the chance to have more say in decisions in the region.

Reports by the Financial Times last week suggested the speech may include radical measures to eliminate £700m of Transport for London's government grant by 2020. Osborne has certainly hinted at such a move in the past: in 2015-16 he cut its budget by more than £200m.

Pension savers were given a big, shiny present in 2014 when the government introduced new freedoms eliminating the need for an annuity, allowing them to withdraw their pensions as and when they saw fit. Despite fears of the UK's pensioners going on a Lamborghini shopping spree, their behaviour has so far been pretty sensible.

Now the government may take another step on the road to pensions reform, according to PwC, which suggests the government is "deciding whether to amend the current system, which ensures savers pay no income tax on their pension contributions up to the annual allowance (£40,000, but being tapered down to £10,000 for high income earners)".

However, this may not come until the March Budget, when the government will have had more time to digest the findings of a major review.

New rules on non doms, first mentioned in the chancellor's July Budget, aims to crack down on those who "evade or aggressively avoid" taxation. However, the publication of draft legislation has been pushed back thanks to "complexity". He could provide a short update, but realistically we may have to wait until next year.

Not so when it comes to business: expect an update on Osborne's profit shifting prevention plan, which will tackle tax evasion by firms.

The government's been pretty quiet on Heathrow expansion in recent months. Osborne could take the opportunity to provide an update.

Reports of winter blackouts have (so far) been greatly exaggerated – but the energy industry continues to blame the government for the UK's crumbling energy infrastructure. Now would be a great time to commit to encouraging investment.

With oil prices at a record low and the price war among the supermarkets becoming increasingly aggressive, fuel prices are lower than they have been for years. Could Osborne take the opportunity to hike fuel duty?