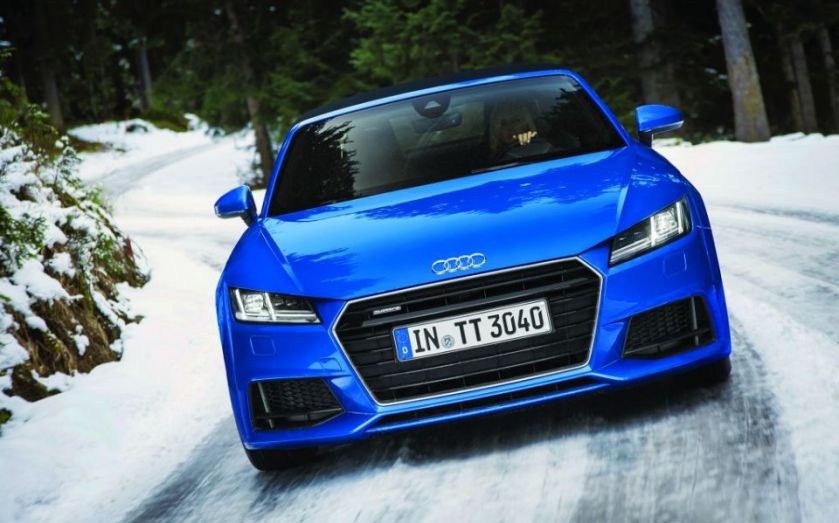 There's little point trying to deny it: the TT is a great-looking car. It always has been, despite the 1998 model's divisive image.

The MkI TT was first sketched as a Roadster before marketing types got their hands on the plans and insisted on selling it with a hard-top roof to begin with. Even so, the coupé was designed to mimic the planned Roadster's silhouette.
So, as anyone involved with the project will tell you, the Roadster is the definitive TT. And here it is in all its design-led glory, fusing a thoroughly implausible combination of straight lines and curvaceous muscularity. Up close all you see are angles and edges, but in context the finished item is a stunner – with more than a few design cues in common with the next R8, apparently. 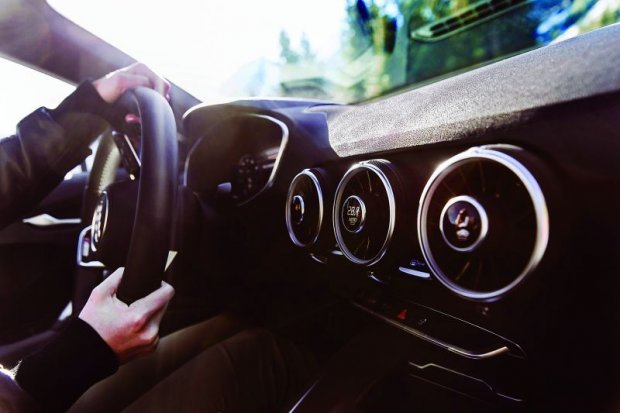 Inside the Audi TT

The small range includes; a diesel model for the long-range cruisers who want style and frugality; a TTS version for people who turn their noses up at anything with a power figure that doesn't begin with at least a three; and a tempting entry-level front-wheel drive petrol-powered option, which looks the best value out of all of them.
But when you add quattro four-wheel drive to this last option you create something shockingly, brilliantly suited to the noble, but often sodden shores of good old Blighty. You can get the roof down at a moment's notice, but the winter should rarely defeat you.
The latest TT Roadster's appeal is wide-ranging as it seems to be 80 per cent sports car and 20 per cent lifestyle statement. But if you like your toast buttered on both sides, the 2.0 TFSI quattro is the pick of the bunch. It looks superb even before any wheel upgrades or optional interior fripperies, so there's a big hearty tick in the style stakes, but it really does drive well.
The quattro system reacts instantly in slippery scenarios to give you the acceleration you want while killing the wheelspin that you don't. After a few evolutions it's now so seamless that most of the time you simply can't tell it's working unless you're lucky enough to be able to drive the same wet roads back-to-back with this and a front-wheel drive model. Which I was, because I did.

Behind the wheel you're cocooned in the same environment as the Coupé, so there's a distinct absence of buttons other than in the immediate vicinity of the MMI dial. Instead, feast your eyes and raise your brows at the digital “virtual cockpit”, and on the beautifully neat heating and air movement controls built into the air vents themselves.
The leather seats are firm, while being easy to settle into. The pedals are slightly offset to the right but not uncomfortably so, and loads of adjustment in the seat and wheel makes it easy to find a sweet spot so that your hand drops intuitively to the gear lever – important for manual cars.
What's not so handy is the visibility – or lack thereof. I'm of an average height but checking lateral blind spots needed a good lean forwards. Luckily the test car had automatic blind spot warning indicators. Don't expect to be able to see exactly where the corners are, either, without a lot of spatial awareness.
Where the high-powered TTS has rather over-quick steering for the road, the 230-horsepower TT strikes it rich. The steering is accurate but forgiving enough to coax you into a rewarding rhythm almost straight away as you carve a path through the countryside. The engine could be a bit louder and more characterful, but the car's balance is impressive and the extra weight introduced by the Roadster's extra chassis bracing makes so little difference that you may as well forget about it.

A view of the soft top roof

Getting the roof down on the move is the last taboo of soft-topping. Is it a handy feature or do you look a bit of a twerp? Either way, the TT's neat canvas lid folds in just 10 seconds into a dedicated space behind the seats where it's permanently separated from the 280-litre boot.
For the first time the TT Roadster ticks both the sports car and the lifestyle boxes properly. With quattro on hand it's a mighty steer for British weather patterns, but it manages to look better than ever as well.
It's not the best drive in the segment, but it doesn't need to be. If it even tried, sister company Porsche might be a touch upset. But it does seem to make the impossible dream of having a two-seat, convertible, everyday sports car feel that much closer to reality.