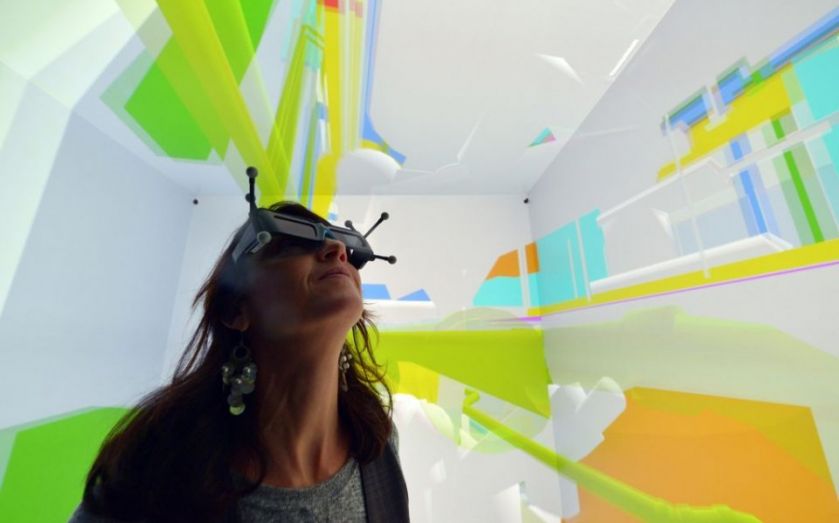 Could virtual reality be a step closer to becoming part of human consciousness? Darpa, the US military advanced research division, has revealed details of its brain-computer interface, a direct communication pathway between the brain and an external technological device.
Called a “cortical modem”, the device, unveiled at the Biology is Technology (BiT) conference in Silicon Valley, allows the eyes to experience virtual reality without the need for a Google Glass-style device, which are normally required to see beyond the physical world in front of us.
It works by interfering with the visual cortex section of the brain – it passes over the visual sensory system entirely, allowing a made-up version of the world to overlay the real world.
Once developed it will be approximately the size of two stacked nickels, and plugged into the human body. Each one will cost an estimated $10 (£6.50) to create.
Besides providing an exciting and fun prospect for taking us out of our comfort zone, there are some more practical purposes to Darpa's development – according to the technology magazine H+, it could also help improve the repair of cognitive damage caused by motor-neurone problems, and could even bring back sight to those who have lost it.
Further down the line, this type of technology could pave the way for electronic telepathy or telekenesis – the ability to change the physical state of something without actually touching it.
The project is still very much in its early stages, however – so far its effectiveness has only been tested on a zebra fish brain, which contains some 85,000 neurones to the approximately 100bn in our own brains.