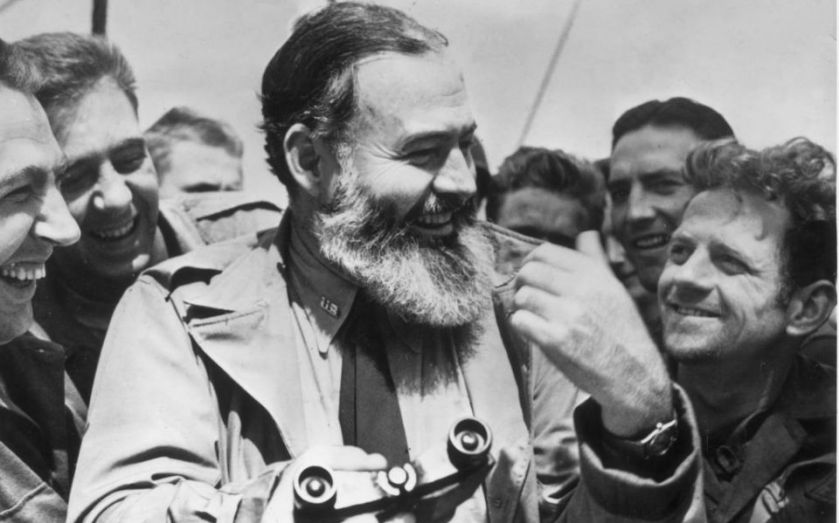 When you're having a couple of well-earned drinks after work, do you find yourself getting more chatty and confident? Or do you resolutely stay the same, pint afte pint? Maybe you get yourself into arguments – even fights – as the drink gremlins surface?
Well it turns out there's a definite pattern to our behaviour when we are drunk. New research from the University of Missouri-Columbia suggests there are in fact four clear personalities, and has named each of them.
Introducing the Mary Poppins, who are ever-so-delightful, remaining friendly and cooperative even when they've had a skinful.
And say hello to the Hemingways, who, as with the famous author of The Sun Also Rises, can “drink hells any amount of whiskey without getting drunk”.
Wave giddily at the Nutty Professors, who after knocking back a few become more confident and extroverted with a few drinks inside them. They also become less conscientious. This group makes up one in five drinkers, and more men than women fall into this category.
Read more: This iPhone app tracks how much alcohol you actually drink
You might want to run and hide from the Mr Hydes however. This group – which makes up 23 per cent of drinkers and tends to be more women than men – become less conscientious and intellectual, but more disagreeable when they drink.
They are most likely to experience memory blackouts or be arrested, and have longer term problems with alcohol.
Read more: We're drinking 12m bottles of wine a week more than we think
The researchers said the study, published in the journal Addiction Research and Theory, showed that "some individuals “change” more dramatically than others when intoxicated, and the nature and magnitude of these changes can result in harmful outcomes".
"These results, as well as the concept of “drunk personality” more broadly, hold promise for developing novel assessment-based and motivational interventions for problem drinkers."

What the researchers said about each group

"Notably, two previous studies have found that, on average, these two factors reportedly decrease the most with intoxication, so the moderate decreases demonstrated by this group make its members stand out as being “less affected” than drinkers in some of the other groups, much like the author Ernest Hemingway, who claimed that he could 'drink hells any amount of whiskey without getting drunk'."

"They decrease less than average in conscientiousness, intellect and agreeableness when intoxicated.. The Mary Poppins group of drinkers essentially captures the sweet, responsible drinkers who experience fewer alcohol-related problems."

"Members of this group, much like the dark-sided Mr Hyde, reported a tendency of being particularly less responsible, less intellectual, and more hostile when under the influence of alcohol than they are when they are sober, as well as relative to members of the other groups."

"Nutty Professors change quite dramatically. They are the ones who suddenly gain confidence after imbibing a few."