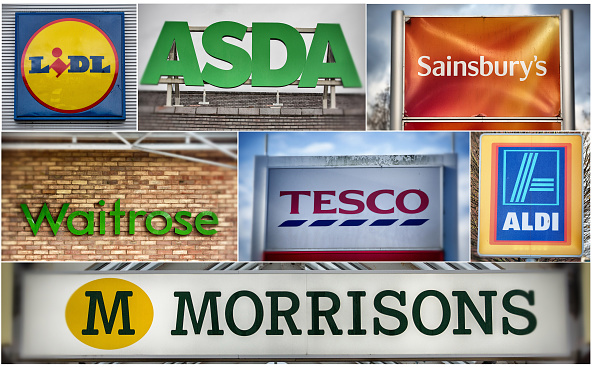 “One can say very clearly what the direction will be: higher prices, less choice, and poorer quality, because all of those dimensions have been improved by these open trading relationships that we’ve had over the last 40 years […] Brexit, almost in whatever version it is, will introduce friction, it will introduce barriers. That makes it less efficient, which means all three of those benefits — price, quality, and choice — go backwards.” – Justin King, former chief executive officer (CEO) of Sainsbury’s in 2017.

The UK’s ‘Big Four’ supermarkets were already up against it before Brexit, but the UK’s impending departure from the EU poses a huge challenge to the industry. The market share of Tesco, Sainsbury’s, Walmart-owned Asda and Morrisons is being slowly eroded by discounters Aldi and Lidl, and the pair’s relentless focus on price has also obliterated their margins. With Brexit still dominating British politics, and the threat of no-deal as large as ever, they are threatened with severe supply chain disruption and higher costs. Meanwhile, consumers could face less choice, lower quality and higher prices.

Tesco has won applause for its turnaround under CEO Dave Lewis, who took over in 2014 following an accounting scandal. It is by far the largest supermarket in the UK with around 27 per cent of the market, way ahead of Sainsbury’s 15 per cent and Morrison’s 10 per cent. It also has other characteristics that should help it mitigate the risks of Brexit, such as its buying power and international exposure.

Tesco has gained huge scale in recent years. Its decision to buy Booker and diversify into the wholesale business has been successful. Booker delivered 3.1 per cent like-for-like growth in the first quarter of 2019 compared with the 0.8 per cent lift seen in supermarket sales in the UK and Ireland. This has not only provided greater buying power but a higher-growth, higher-margin business.

It’s also signed a buying agreement with Carrefour, which is Europe’s largest retailer. The partnership means the pair can exert more pressure on their suppliers, giving Tesco greater ability to force those suppliers to burden any cost increases from Brexit.

According to Barclays, ‘any outcome other than a full Customs Union will see additional costs imposed on the overall food supply chain’. The bank says, if standard tariffs were applied after a no-deal Brexit, then the average tariff on food and drink supply chains would be 27 per cent – significantly higher than the average 3-4 per cent applied to non-food sectors.

The tariffs applied to finished goods, those that are immediately ready to put on the shelves, is expected to be higher than goods that are bought in bulk and then readied for sale in the UK, such as milk or tea. This places the burden of new tariffs on the supermarkets at the end of the supply chain. The sums are serious too. An analysis by Barclays based on the UK’s imports during the 12 months to the end of May 2018 suggests new tariffs on food and drink imported from the EU could amount to a staggering £9.3 billion per year.

The question is who will absorb any increases in the cost of sourcing food and drink? Will the supermarket swallow up the cost, pass it on to the consumer, or force it upon their suppliers?

The drop in the value of the pound after the 2016 referendum led to a dispute between Tesco and Unilever. The consumer goods giant was pressuring the supermarket to raise prices of its products to offset the weakness in sterling, but Tesco fought back because it didn’t want to raise prices for consumers.

Importantly, Tesco and Carrefour are predominantly purchasing the stuff they need to make their own-label produce under the partnership, allowing them to offer products that can rival those offered by the likes of Unilever in an attempt to cut out the middleman.

In the past, Tesco has not earned a good track record outside of the UK after it was forced to retreat from the US and Japanese markets in 2012. Still, it operates profitable businesses in the likes of Ireland, eastern Europe, Malaysia, Thailand, India and China. Growth in its international arm has been uninspiring over recent years, but it is more profitable and means Tesco doesn’t have all its eggs in one basket. Its overseas operations generated less than 18 per cent of revenue in 2018 but 21 per cent of adjusted operating profit.

The supermarket has also shown a willingness to adapt by launching Jack’s, which is supposed to be a direct rival to Aldi and Lidl. Jack’s offers significantly fewer products than Tesco and is a much simpler offering. One of the reasons the German discounters have gained such an edge over the Big Four is because they have stripped back the offering and kept costs (and therefore prices) low. The average Aldi or Lidl (and now Jack’s) will have somewhere in the region of 2,500 products on offer whilst a larger Tesco could have as many as 30,000.

Importantly, most products sold in Jack’s are Tesco own-label goods, which reinforces the idea that the company is focused on cutting out suppliers and increasing its control over the supply chain. Jack’s also places greater emphasis on ‘buying British’, claiming that eight out of ten products it sells are from the UK – which will no doubt be an advantage if importing food becomes more difficult post-Brexit.

It is early days for the concept, but it shows the direction Tesco is heading. Making more of its own products, sourcing more from the UK, improving its buying power and diversifying into wholesale should all support Tesco as it reacts to whatever Brexit throws at it.

Morrisons is the smallest member of the Big Four but is seen to be in a much better position to tackle Brexit than its counterparts.

It makes around 25 per cent of everything it sells (including around half of its own-label produce), and it says about two-thirds of all its products are British. The company is British farming’s single largest customer and the scale of its manufacturing operations makes it one of the largest producers of food in the country. All of its fresh meat, milk and eggs are British, and it also pushes the ‘buying local’ message in individual stores. Having such a prominent manufacturing and supply base in the UK will be a huge advantage for the supermarket amid Brexit. Although Morrisons will have to import certain products like everyone else, it is less exposed to the risk of tariffs and border checks.

Morrisons also started to take precautionary measures soon after the Brexit referendum and this has seen it become an Authorised Economic Operator, which means the company is recognised as a sound operator by the EU even after Brexit, which should reduce the risk of border checks on imported goods.

It is highly likely that border checks will be reintroduced if the UK leaves without a deal, and this will cause friction in existing supply chains. While this is inconvenient for any industry that imports from the EU, it poses a particular problem for supermarkets because they rely on thousands of deliveries of perishable goods every day, such as fruit and vegetables. The recent Yellowhammer Brexit paper – a government report outlining possible consequences under the ‘worst-case scenario’ – suggests there could be a two-day delay at ports.

If there are delays at the border, then the quality of the fresh produce being sold could deteriorate by having a shorter shelf-life. If this proves to be unmanageable and supermarkets choose not to stock items rather than run the risk of selling sub-par produce, then it could reduce the amount of choice for consumers.

The fact Morrisons sources more of its goods, including fresh produce, from the UK means it should be able to navigate this risk better than most, but the fact it has secured this certification also suggests its imported goods are at less risk after Brexit.

Morrisons has expanded into the wholesale market and has big ambitions. It generated around £700 million in wholesale revenue in the last financial year and is targeting annual sales of over £1 billion. It has now become a big supplier in both the UK and overseas. It supplies the likes of McColl’s convenience stores and is offered in several cities through Amazon. Internationally, it predominantly sells its own-label goods to Big C in Thailand.

Like Tesco, Morrisons wholesale arm not only gives it greater buying power but it is also a faster growing, higher-margin business to help offset the weak retail market.

Sainsbury’s has been out of favour with investors since its attempted merger with rival Asda was blocked by regulators. The combination was meant to be the supermarket’s big response to Tesco buying Booker but was scuppered on competition concerns, and Sainsbury’s has yet to convince the market that it has a plan B.

With major mergers and acquisitions (M&A) seemingly ruled out, it has sensibly focused on shoring-up the balance sheet and improving its competitiveness on price. It is also investing in higher-growth areas like its bakery, food-on-the-go, and fresh food counters that sell the likes of fish and meat. Debt is being reduced and more is being invested in stores following criticisms of empty shelves and a lack of staff. But, with Tesco gaining huge scale, Morrison’s boasting a vertically-integrated business, and the threat of Amazon entering the market, many fear Sainsbury’s will be left behind.

Some believe Sainsbury’s needs to act more than most because it sits in the middle of the market and has lost customers to both high-end brands like Waitrose as well as discounters Aldi and Lidl. It also has general merchandising brand Argos to worry about.

Sainsbury’s has also been somewhat more bearish than its rivals when it comes to Brexit. In March 2018, CEO Mike Coupe warned Sainsbury’s would ‘need somewhere around 12 to 15 months’ worth of notice to be able to adapt to whatever we need to adapt to’. However, he also said the supermarket was more practised after the Brexit deadline was pushed back twice.

Having said that, there are green shoots. It has been the best performing supermarket out of the Big Four for two months in a row, according to data from Kantar, and last month was its strongest performance for nearly a year. Kantar said this was because the supermarket had ‘increased its rate of sales on promotion faster than any other retailer with its Price Lockdown strategy lowering prices on meat and fresh produce in particular.’

Although Sainsbury’s has fallen out of favour, its recent performance suggests things could be improving. That could present an opportunity considering Sainsbury’s shares are down nearly one-third over the past year, 17 per cent since the start of 2019 and down 14 per cent over the past five years.