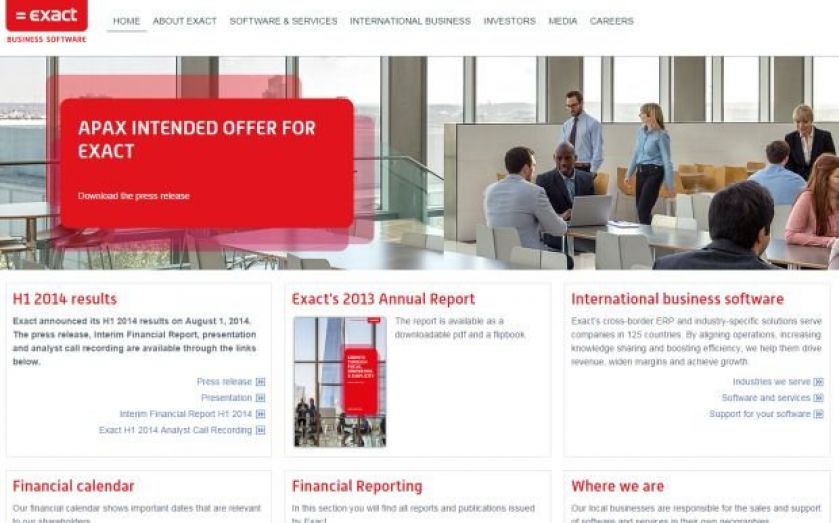 Apax has agreed to pay €32 a share in cash through a subsidiary vehicle called Eiger Acquisition to take over the group, a 27 per cent premium to the group’s undisturbed share price before Apax’s interest was revealed back in July.

Apax, one of the UK’s best known private equity shops, said it would offer Exact financial backing and support for investments and acquisitions in the future.

Exact chief executive Erik van der Meijden said: “We are grateful to our existing shareholders for the support they have given and the constructive dialogue over the past years. We believe that the next phase of growth can be best realised under private ownership.”

Exact makes business software for small- and medium-sized enterprises. It employs 1,550 people around the world and made revenues of €213m last year. The 30-year-old company has its prominent headquarters in the Dutch city of Delft.

Apax’s Roy Mackenzie said: “There is strong potential to continue to increase the company’s market share by increasing the penetration of its market-leading and innovative products both in the Netherlands and internationally.”