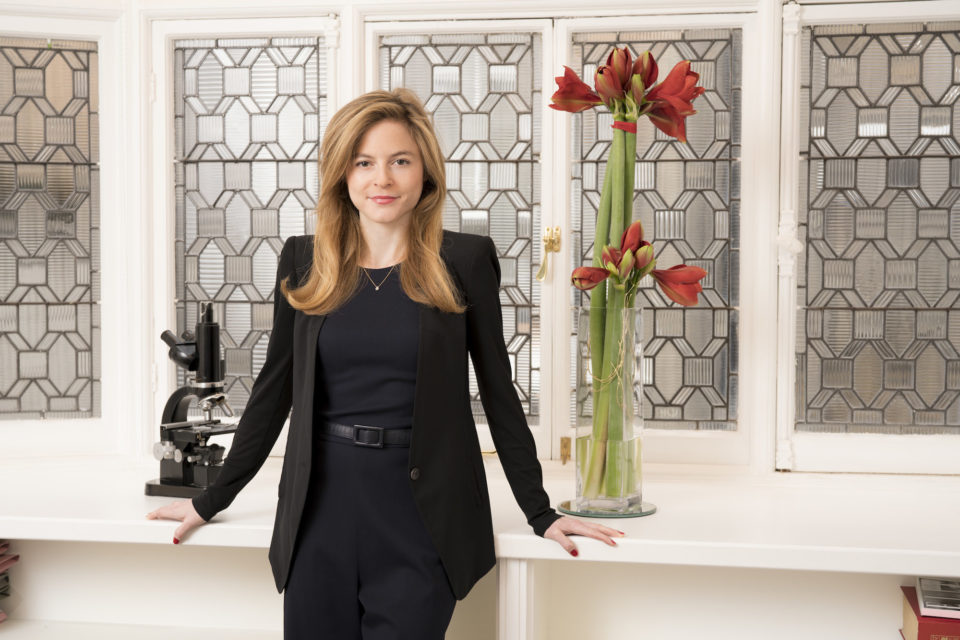 When I arrive at the address, I have to double-check that I’m at the right place. The Philip Kingsley clinic in Mayfair is pretty inconspicuous – from the outside, it’s just an ordinary Victorian terraced house.

But this is part of its charm, and probably ideal for the privacy of the clinic’s celebrity customers.

The reception area doesn’t give much away either. It’s only when I’m shown through to a large room full of hair products, appliances and wash basins that the clinic starts to resemble what I was expecting.

At first glance, you’d assume that you were in a hair salon, except the professionals here don’t cut or style hair – they specialise in trichology, a branch of dermatology focusing on the hair and scalp. And they cater – confidentially of course – to the elite.

The mastermind behind the business was the eponymous Philip Kingsley, who City A.M. interviewed in 2016.

He has since passed away. His daughter Anabel Kingsley now has a major role in running the business, and she’s who I’m here to meet.

Anabel is brimming with knowledge about hair and about the company.

The experts at the two clinics (in London and New York) treat all types of problems, from hair loss to chemical damage. After a consultation, trichotherapists will determine the best treatment. I tried it out myself, and while I don’t suffer from any hair issues, my bleached barnet was silky smooth after an hour-long treatment.

Anabel tells me that hair is an excellent barometer of what’s going on in your body. “Hair loss won’t make you physically sick, but it can be a symptom of a hormonal or nutritional imbalance, or even physical illness,” she explains. “Stress manifests itself in your hair. If you have an intense period of stress, you can suffer hair loss around six to 12 weeks later.”

She also understands how our emotions can be entwined with our hair.

“Often GPs don’t want to deal with hair loss because it doesn’t hurt you physically, but the psychological impact is huge because hair is so strongly attached to our identity.”

Love is in the hair

There’s a science to these products, and developing them wasn’t quick or easy. According to Anabel, the trichotherapy regime, which is specifically for women with fine hair, took seven years to formulate. “And it probably took a good 15 years of my father researching – he was so excited when that came out.”

What’s clear is that if the products didn’t work, people would stop buying them – especially given the price tag. If you buy the products online, a bottle of elasticizer will set you back between £18.50 and £90 depending on the quantity, while shampoos and conditioners cost between £9 and £60.

Running a family business can come with unique challenges, but being her father’s daughter doesn’t mean that Anabel got any special treatment. In fact, she has worked in every part of the company, from manning the reception to filling bottles with shampoo for mail order.

And there was no fast-track route to being a trichologist either. She studied intensively at the institute of trichology for two years before completing another two years’ training at the Kingsley clinic. And she stresses that she wasn’t exempt from anything.

“The most important part of this job is making sure that you know it well,” she says. “If you start giving consultations before you’re ready, it’s stressful on you, and it’s not fair on the customer.”

Rather than giving her an easy ride, Anabel’s father made it clear that she needed to work hard. “I was late once in my whole career, and he almost fired me – it was the worst conversation I’ve ever had because of his disappointment.”

With the exception of that one time, she tells me that she would usually get into work an hour early, and resolved to get a distinction in her studies. “My father said I only needed to pass, but I didn’t think that was good enough. I worked really hard to be top of my class.

“I know I’m lucky to be in this position because my father built this company, and I have had the honour of being mentored by him, and the privilege of helping to run the business when he passed away. I feel protective over the company.”

When Philip Kingsley opened the first clinic in London back in 1968, clients’ case notes were all written by hand. The company has since installed a computerised system to keep confidential medical information secure.

And as part of its digital revamp, it has also recently restyled its website. While Anabel doesn’t take credit for this digital shift, she admits that it probably happened faster once she took a more central role.

“My father didn’t know how to use a computer,” she laughs fondly. “I remember when we got him an iPad for his birthday and he cried – we weren’t sure if he was happy or horrified.”

The simple truth is that if a business is to stay current and grow, it needs to adapt. And Anabel knows that the company needs to be savvy to get its point across online.

“People aren’t getting that face-to-face connection with brands anymore, so the tone has to be right.”

For Philip Kingsley, this tone is about trust and transparency – never claiming a product can do something that it won’t. “The biggest lesson that my father taught me was the importance of running a really honest company.”

While Anabel had always planned to take up the gauntlet from her father, there hadn’t been a plan in place.

“He was so healthy, and his passing was so unexpected that we never had conversations about how the business would pass over,” she explains, adding that he never wanted to retire, hence why he was interviewed by City A.M. at the age of 85.

Philip Kingsley might have built a business that people adore, but his family want to take his legacy to the next level.