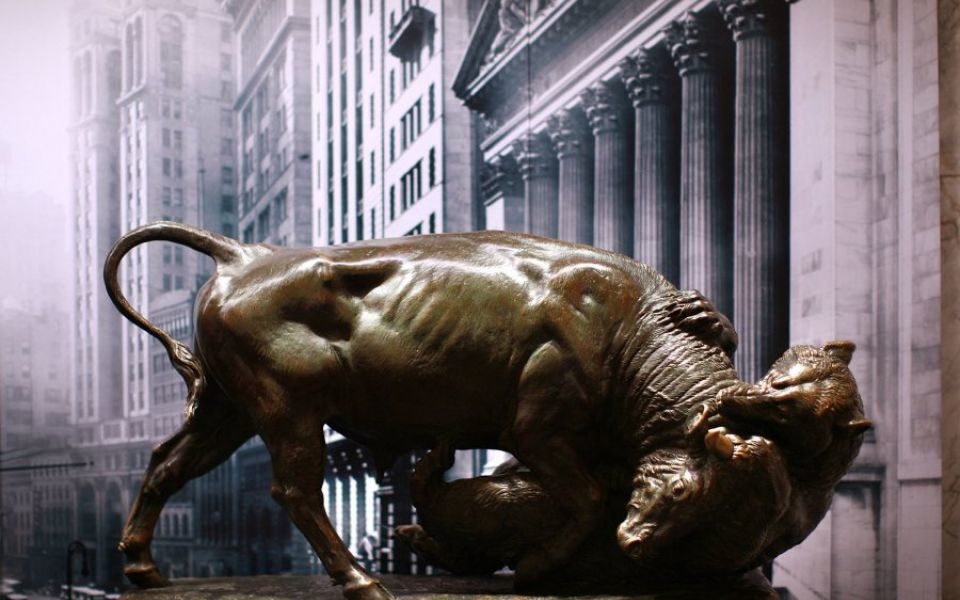 The US stock market is on its longest bull-run in history. It began on 9 March 2009 and, so far, has lasted nine years, five months and 13 days. As of today, it beats the great equities performance of the 1990s.

A bull market is broadly defined as one that rises over time without falling more than 20% from its peak during the period.

Plenty of traders working in the markets today will only ever have known rising share prices.

Since March 2009, the S&P 500, the primary US stock market index, has risen by 323%, a gain few could have envisaged after the index plunged 57% from its peak in October 2007 during the global financial crisis.

On a total return basis, which includes dividends paid by companies, the index has returned 415%.

Gains have been made in spite of a difficult economic and political backdrop over the past decade. More recently, the prospect of trade wars, a surging US dollar, rising interest rates and the withdrawal of stimulus by central banks has failed so far to derail the bull.

Source: Schroders and Thomson Reuters Datastream. Data for S&P 500 correct as at 20 August 2018.

What defines a bull market?

A bull market is broadly defined as one that rises over time without falling more than 20% from its peak during the period.

You should also note that the definitions are based on closing prices. An intra-day fall in 2011, which took the market down more than 20% from its high, would have broken the current bull market, making it only seven years long.

The five biggest bull markets over the last 50 years

Putting the caveats aside, it is possible to identify the major bull markets of the past five decades.

Despite perceptions of economic turmoil in the 1970s, assets rose rapidly in certain periods. A rally started in 1974. It came after a recession that followed the post-Second World War expansion and lasted just over six years during which time the S&P 500 rose by 122%. The decade also saw high inflation, which would have eroded asset price gains.

This was the joint shortest of the five bull-runs where the S&P500 rose in excess of 100%. However, on an annual basis it was the best performing bull market, with the S&P rising 26% annually. It was powered by huge tax cuts, massive job creation and record wealth creation and lasted between August 1982 and August 1987.

This bull market coincided with good economic times; robust job growth in the US and a tax relief act made certain stocks attractive. Technology companies boomed as the internet took off and culminated in a powerful bull market that went to extremes before collapsing in early 2000. This bull-run began on 11 October 1990 and lasted just under nine-and-a-half years. The total index rise was 417%.

Beginning in the aftermath of the dotcom bubble and September 11 attacks, this bull market lasted between October 2002 and October 2007. It was fuelled by low interest rates and easy access to credit which was largely invested in the housing market. It ended when property prices began to collapse due to the subprime mortgage crisis.

The current bull market is the longest on record. It began in March 2009 and has been fuelled by record-low interest rates and the easy monetary policies adopted by central banks which has made it cheap to borrow money. It has been extended by President Trump’s tax cuts, which reduced taxes paid by US corporations.

Read more: The 10 years since the global financial crisis – in six charts

Source: Schroders and Thomson Reuters Datastream. Data for S&P 500 correct as at 20 August 2018.

It’s not just US stocks that have risen

While US shares have enjoyed the biggest gains over the last nine-and-a-half years, the rally in stocks has been global. German stocks have returned nearly 250% over the same period and UK stocks have made just over 200%, according to MSCI indices. Chinese and Japanese stock markets have registered returns of nearly 200%.

Quantitative easing (QE), which is effectively central banks pumping money directly into the financial system by way of asset purchases (mainly bonds), has driven down the cost of financing. It has kept lenders lending and corporations spending. It has inflated the prices of many assets, from stock markets to houses to classic cars.

Source: Schroders and Thomson Reuters Datastream. Data for S&P 500 correct as at 21 August 2018.

Which sectors have gained the most?

Just as with the bull market of the 1990s technology stocks have led the gains. Facebook, Amazon, Netflix and Google, known as the FANGs, have been popular with investors. As the chart below illustrates, $1,000 invested in the technology sector in March 2009 would now be worth $6,326, not adjusted for inflation.

The worst performing sector was the basic resources, which includes the likes of oil producers and miners. The sector was deserted by the majority of investors during the height of the recession as demand for raw materials slumped along with global growth. An investment of $1,000 in March 2009 would now be worth $1,907.

Source: Schroders and Thomson Reuters Datastream. Data for MSCI indices in local currency on a total return basis, which includes dividends, and not adjusted for inflation. Data correct as at 20 August 2018.

If share prices rise more rapidly than the profits of those companies then valuations inevitably change.

The table below offers a snapshot of this. Higher dividend income can suggest better value, with shares producing more income. The other measures, the price-to-earnings (PE) ratio and the price-to-book (PB) ratio, compare share prices with profits or with the “book value” – the estimated residual valuation of a company’s assets and parts. With both, a lower ratio suggests better value.

Conversely, the P/E ratio has gone from around 12 up to 23, while the P/B ratio has more than doubled. A swing to higher valuations is expected as the market rises. For investors, the crucial task is working out whether those valuations remain attractive today.

View from a fund manager

Marcus Brookes, head of multi-manager at Schroders, said: “As investors, we aim to buy when valuations are reasonable, to improve the chances of achieving better returns. To justify current high valuations we would need to see strong global economic growth to boost company earnings.

“In addition, valuations may be worse than they look because US tax cuts have flattered the pace of earnings growth. If you look at the trailing PE, it is higher than it was at the top of the market in 2007 (17.4x).

“And it’s not just PEs reflecting high valuations. The price-to-book valuation is at its highest level since the technology boom and the price-to-sales ratio for the US is at a record level.

“That’s why strong economic growth is needed. The problem is that the backdrop is actually one where the economic cycle growth rate has probably peaked, we have trade disputes and we have monetary tightening in the form of central bank stimulus being removed or interest rates being raised. It’s far from the perfect mix of conditions.

“In a low-return world, we don’t think this is the time to be overexposed to volatile assets that look expensive and which need good times ahead to justify their valuations. At this point, other, less volatile assets, such as cash, have their attractions. It’s noteworthy that US government bonds, in the form of three-month Treasuries, currently [22 August 2018] yield a little over 2% – more than the US stock market.”

A rise in interest rates generally causes bond prices to fall. A decline in the financial health of an issuer could cause the value of its bonds to fall or become worthless. Investors are urged to seek the help of a professional adviser in maintaining a balanced portfolio.