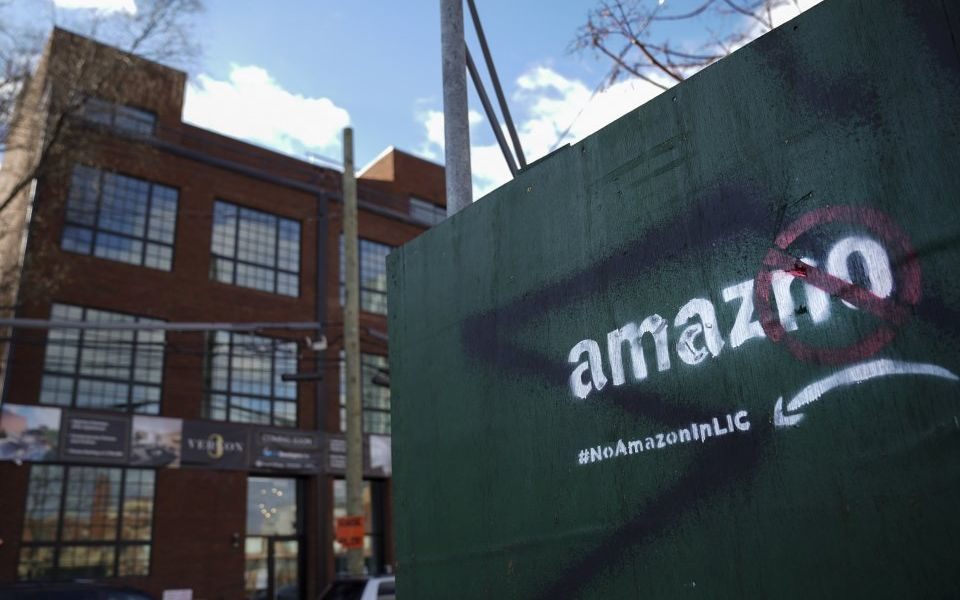 Amazon has abandoned plans to build its second headquarters in New York City, after facing strict opposition from both state and local politicians.

The world's third-most valuable company had announced plans to split its second US headquarters, known as HQ2, across New York and Virginia in November last year. The move was expected to create 25,000 jobs.

However Amazon faced an unwelcome reception from some local residents in the Queens neighbourhood where its new site was destined to land, who objected to the $2.8bn (£2.2bn) in incentives that the tech giant was promised in exchange for choosing New York.

Amazon said in a statement that it will not seek out a replacement site elsewhere, nor shift any of the jobs planned for the headquarters to another campus.

"For Amazon, the commitment to build a new headquarters requires positive, collaborative relationships with state and local elected officials who will be supportive over the long-term," the company said.

It added "a number of state and local politicians have made it clear that they oppose our presence and will not work with us to build the type of relationships that are required to go forward with the project".

Despite Amazon thanking New York mayor Bill De Blasio for his work on the project, de Blasio criticised the e-commerce firm for not perservering.

"We gave Amazon the opportunity to be a good neighbor and do business in the greatest city in the world," he said. "Instead of working with the community, Amazon threw away that opportunity."

Shares in Amazon dipped 0.5 per cent on the news.