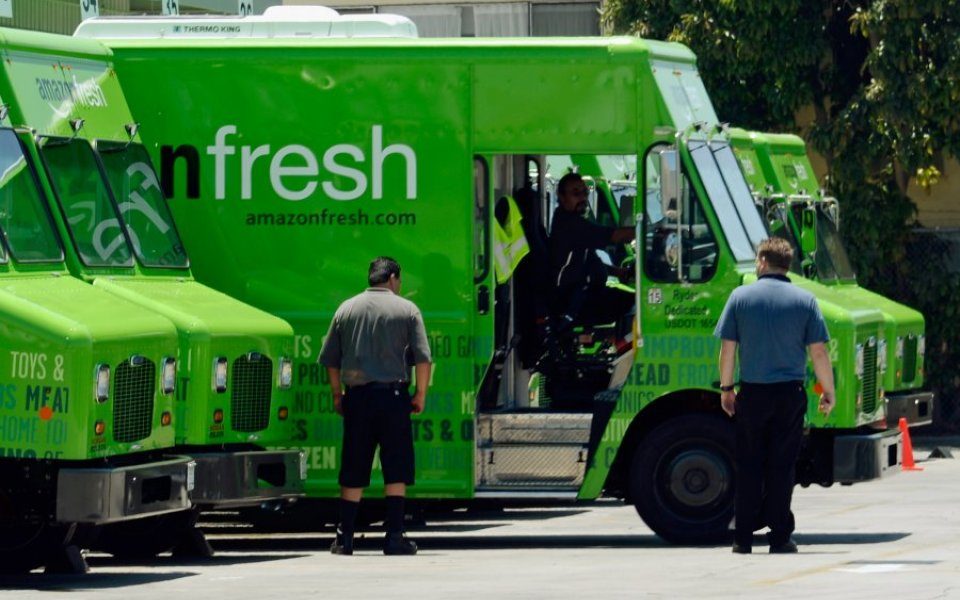 Amazon is delivering fresh chilled and frozen food in selected London postcodes for the first time, testing out the waters for Amazon Fresh.

A fresh pint of milk, tub of Ben and Jerry's or a packet of fish fingers for tea can be on some Londoners' doorsteps in less than 60 minutes with the new delivery service starting from today.

The expansion of its Prime Now delivery service, which drops off thousands of goods within the hour to several locations in the capital, is essentially a smaller scale version of Amazon Fresh – although Amazon insisted that's not what the service is.

Fresh is the retailer's US grocery delivery service which is expected to rival the big four supermarkets' online businesses and Ocado when it comes to the UK, a move widely expected by retail analysts.

Read more: Could there be (Amazon) Fresh troubles for the Big Four?

It's believed to be testing out its network of distribution centres ahead of a full launch next year. Currently here are around 50 fresh products on offer in the trial, with a minimum order of £20.

In a statement to City A.M. Amazon said:

Prime Now customers in London and Birmingham already benefit from ultra-fast delivery on everything from essentials like bottled water, coffee and nappies to must-have products like the latest video games and devices. Last week, we added a range of chilled and frozen items to this selection in Birmingham as we continue to expand the number and variety of products that can be ordered for delivery within 60 minutes.

Kantar's head of retail and consumer insight Fraser McKevitt said that while the Amazon Fresh model was working well in the US, it faced different challenges in the UK where there is a very different grocery market.

Own label goods aren’t the same staple in the US as they are here, where they make up half of total grocery purchases. Amazon could find it very hard to compete in this area, but partnering with alternative providers, as it has with Whole Foods in the US, could be the answer.

“By imposing a minimum spend for delivery, conventional online shopping fails to cater for the fact that 60% of grocery sales are purchased in ‘top up shops’, which are often unplanned and contain only seven items on average. If it means smaller baskets combined with faster delivery, Amazon Fresh could well grow the overall online grocery market. While you wouldn’t want to bet against Amazon, to succeed against the traditional grocers already trading online, the site will need to differentiate its offer in a genuinely compelling way.”