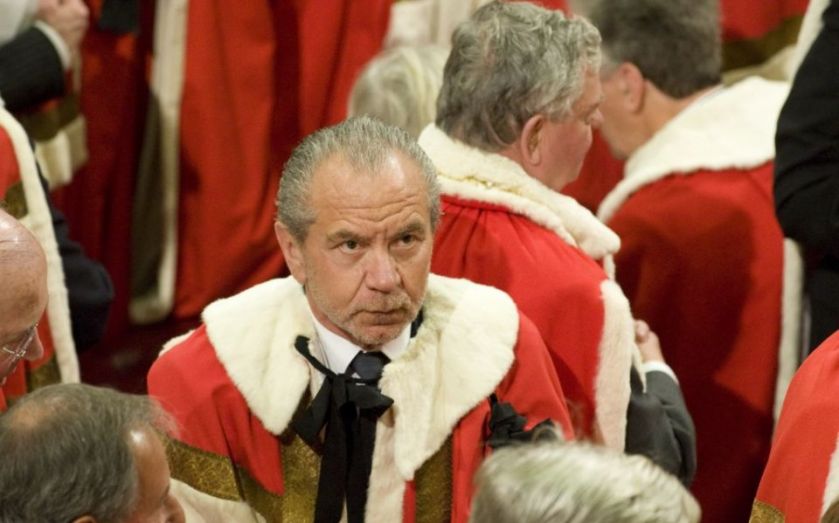 Lord Sugar has resigned from the Labour party, citing disillusionment with its "negative business policies and general anti-enterprise stance".

The entrepreneur, now best known for presenting The Apprentice, said he had lost confidence in the party last year but postponed his resignation until after the General Election in order to minimise the damage.

Sugar joined the House of Lords in 2009 after he was made Enterprise Champion by then Prime Minister Gordon Brown.

Lord Sugar has remained one of Labour's biggest donors since the 2010 election, having given £163,827 to the party under Ed Miliband's leadership.

In a resignation letter he states:

In the past year I found myself losing confidence in the party due to their negative business policies and the general anti-enterprise concepts they were considering if they were to be elected. I expressed this to the most senior figures in the party several times.

I was originally brought into the party by Gordon Brown during an era where true enterprise was being supported by the party. I signed on to New Labour in 1997 but more recently, particularly in relation to business, I sensed a policy shift moving back towards what old Labour stood for. By the start of this year, I had made my decision to resign from the party whatever the outcome of the general election [sic].

However, I am a loyal person and rather than use my decision to possibly damage the party's chances in the election, I decided, as a relatively high-profile individual, to keep my intentions quiet for the duration of the campaign.

Sugar's resignation follows criticism from other notable figures associated with the party that it had become too narrow and negative in its approach to business.

Former Prime Minister Tony Blair, the only Labour PM to win three elections, argued in yesterday's Observer that the party had to "appeal to those running businesses as well as those working in them".