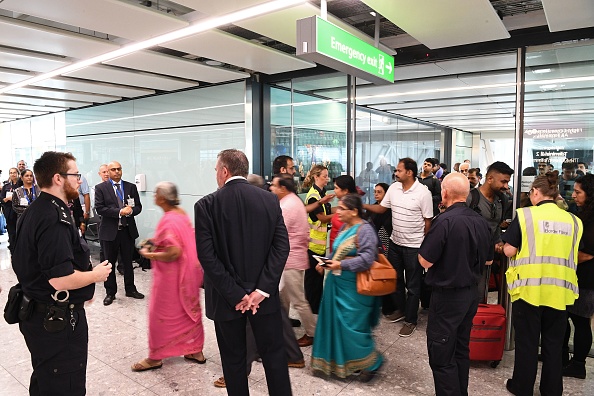 All major UK airports have been told they must introduce new 3D cabin baggage screening equipment before the end of 2022.

The government said the new technology could mean passengers are allowed to take liquids and electrical equipment in their cabin baggage, in a move that would cut short queues and boost security for passengers.

The roll-out of the technology, which will happen over the next few years, could also end the 100ml restriction on liquids which currently applies at all UK airports.

Boris Johnson said the measures would reduce hassle for travellers.

“By making journeys through UK airports easier than ever, this new equipment will help boost the vital role our airports play in securing the UK’s position as a global hub for trade, tourism and investment,” he said.

In June Heathrow announced that it was investing more than £50m in a 3D security based on computed tomography (CT) technology which would be installed across its terminals by 2022.

It will ultimately allow passengers to keep liquids in their bags, and eliminate the need for separate plastic bags.

However, passengers will still have to follow the old rules until other UK airports adapt the technology.