Airport expansion: Forget Heathrow and Gatwick - only Thames Estuary can give more than a sticking plaster solution to the UK's airport expansion needs 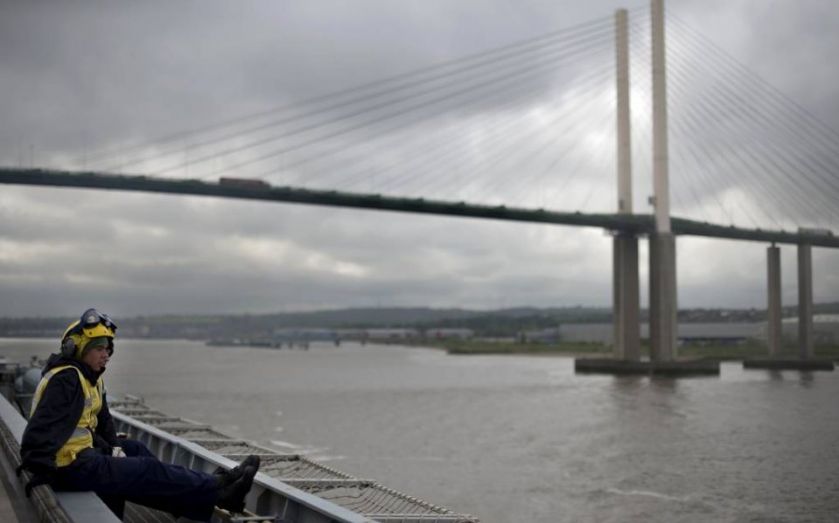 Last week big business was on the march with 57 senior business leaders signing a letter urging the Prime Minister to give a third runway to Heathrow.
This follows on neatly from the Davies Commission – a £20m report that has taken three years to recommend political suicide.
The challenge for a future mayor of London is to support a long-term solution to airport expansion that can be delivered politically. Mayoral politics is the art of the possible. Expansion of Heathrow is politically undeliverable and a Gatwick second runway only offers a sticking plaster solution.
It is time to campaign for a bold vision that is politically possible.
But we have a conundrum – London needs a hub airport and yet expansion at any of the existing sites can never deliver one on a single site. Currently London effectively has one large airport (Heathrow), one medium airport (Gatwick) and two smaller airports (Stansted and Luton).
Each one has a different role and the reality is that the lucrative fast-growing business traffic which is increasingly crowded out of Heathrow will never beat a path to Gatwick. Nor will it go to Stansted, despite its existing surplus capacity.
This fact alone suggests that expansion at Gatwick or Stansted is not, and can never be, the right answer to delivering more air capacity in the London area. Similarly expansion of Heathrow is politically a non-starter, whatever angle the deliberations of the Davies’ Commission can seek to put on it.
London is arranged linearly along the Thames and as such any additional airport capacity needs to be located on this axis rather than on one of the other compromised spokes out northwards and southwards.
That leaves only the eastern end around the estuary.
However rather than seek to flip all the airport capacity from Heathrow to a new eastern hub, an alternative approach would be to start to lay the groundwork in a rather more modest way.
There can still be a plan for an eventual multi-runway hub airport but initially let’s go about it more modestly with one runway, start to construct the road and rail connections and build up all the other infrastructure.
It is unrealistic to expect central government to fund a four-runway hub airport in one go as Boris Johnson is pushing for. My approach would not result in a 'big bang' that could see the end of Heathrow. Heathrow is far too important economically with its thousands of jobs to be closed and under this plan it would continue as now – although its role would inevitably diminish and shift as the eastern airport expanded.
I am heavily influenced by the thinking of Patrick Ground who, as a planning QC, represented the Greater London Council at the terminal five phase of the Stansted Inquiry. Patrick was also the Conservative MP for Feltham & Heston from 1983-1992.
The livelihood of many of his constituents depended on Heathrow. Heathrow should not be closed but must not get any bigger.
Heathrow should start to behave in an environmentally friendly way in the best tradition of airports globally. All night flights should be banned as Davies recommends and there should be a cap on the number of movements.
But we should go further: Heathrow should become better not bigger. We do not want mixed mode solutions but strict maintenance of the Cranford Agreement, which limits take offs over Cranford. This avoids noisy take offs on the northern runway when the wind is blowing from an easterly direction.
As mayor I will push to build up an estuary airport in phases that will boost the huge regeneration potential along the Thames Estuary, so London continues to have a Heathrow in the West and, in time, another hub airport in the East.
Share