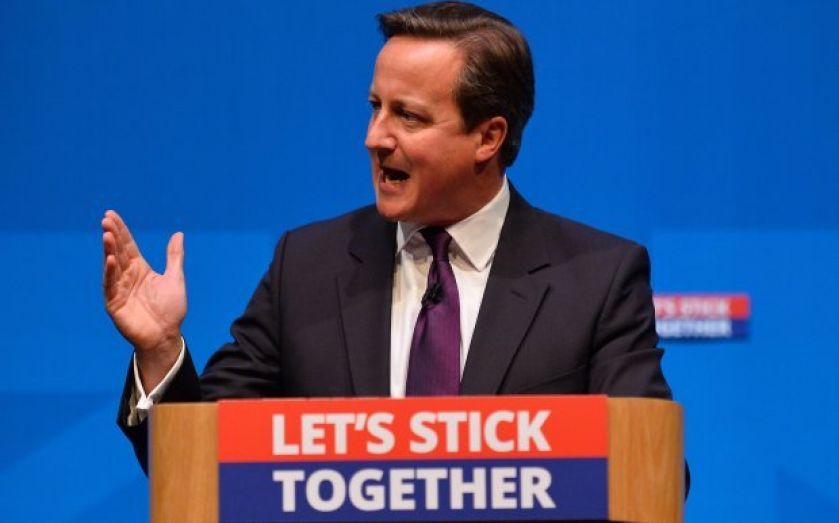 In the end it came down to heart, not head. Scotland voted against independence in the way a tired child, having shouted and resisted in its parents' arms, eventually curls in for a cuddle after the storm passes. The union, like a great umbilical cord running the backbone of the United Kingdom, may bend and twist but it will not break.
The referendum was fraught with raw emotion and for a while looked like it could go either way. While Alex Salmond may have failed in his ambition to break away from the UK, he won a greater battle to force Westminster's focus towards a question many both north and south of the border have been asking for years; when will parliament relinquish power to the regions?
In the midst of international turmoil, a political battle with Ukip and an impending general election, that is quite some feat.
It is a new dawn for a country divided over where its loyalties and patriotic notions really lie. The debate has exposed a deep rift, perpetuated and amplified at times by Salmond, that will take time to heal. And yet neither Westminster nor Scotland has time.
The promise of greater powers over tax, spending and welfare made by David Cameron during the campaign will be delivered on target by early next year, he pledged this morning. Many on his own side don't believe the Prime Minister will pull it off but there are a number of reasons why he will fight hard to do just that.
Not least, Cameron knows that the referendum has forced him to confront the toxic West Lothian question; whether all MPs should vote on all legislation in the House. Cameron has promised a devolution revolution across the UK, including English votes for English MPs to tackle the crux of the problem, but how he will achieve it remains to be seen.
MPs have argued against splitting votes into constituent parts of the UK for years, amid fears it will lead to greater division. The policy will be problematic for Labour too, who may have been counting on Scottish Labour MPs to help form a majority at the next general election. This could still happen for Ed Miliband's party, but if the margins are as tight as they are expected to be, getting an English budget through parliament without Scottish votes could be tricky.
And as Cameron wrestles with an age-old question at the heart of a complex and changing union, he is battling to stem the tide of dissent within his own party too.
Loyal MPs, the ones the Prime Minister thought he could trust, are grumbling about his last-minute effort in Scotland and calling for a fairer funding deal for their own constituents in the knowledge that, in England, devolution to the Scots won't play well in the run-up to the general election.
Ukip is muscling in on the action too, a fact rattled Tory MPs have in the backs of their minds. If Nigel Farage seeks to add the battle for English interests to his already bulging arsenal of issues formerly considered to be Conservative, the Tories know they could be in for a shock come May. Perhaps this knowledge will save Cameron from all-out war, in the open at least.
Behind closed doors, the Prime Minister will undoubtedly have been woken last night, if he were not already awake, by a huge storm lashing London in the early hours. Just as the first few results showing No votes rolled in, so did the thunder claps, the torrential rain and the lightning, illuminating the tired city in the stark naked light of the early morning.
Perhaps, as I wrote in my column earlier this week, the storm signalled the beginning of bad weather Cameron will have to navigate over these coming weeks. Or perhaps instead it was pathetic fallacy, the relief washing over Downing Street as a comfortable No vote emerged.
Either way, as the rain calmed last night and the thunder rolled on, there was no mistaking the smell left behind in its wake. It was the smell of dawn approaching, of a nation washed clean, of a fresh start and a new beginning for the United Kingdom.