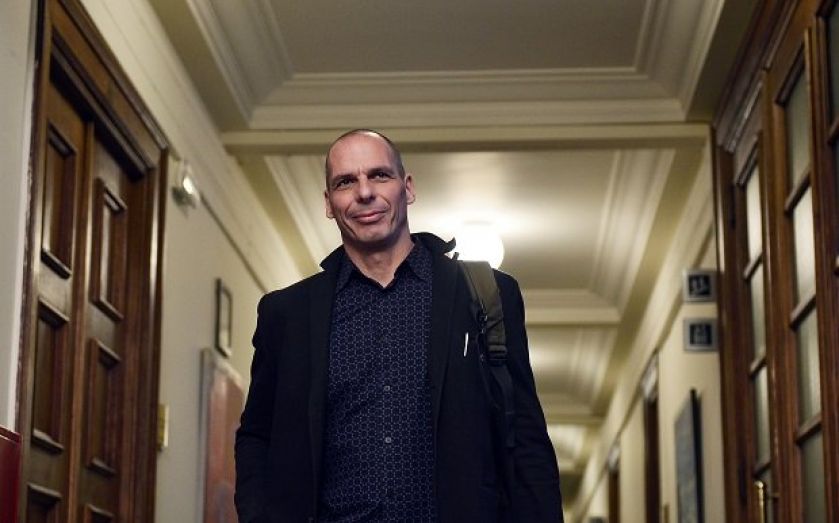 Greece's finance minister Yanis Varoufakis has found an enthusiastic backer for his debt restructuring plans in one of Britain's premier free-market think-tanks.

Greece has abandoned demands for a write-off of foreign debt and has instead proposed swapping the outstanding debt for growth-linked bonds accompanied by a crackdown on tax evasion and budget surpluses.

Varoufakis described the new options as a "menu of debt swaps", according to the Financial Times. The first of these options would be new bonds indexed to nominal economic growth, which would replace European rescue bonds.

The European Central Bank's job is to ensure nominal stability in the Eurozone economy. The ECB should not bail out governments and banks.

Unfortunately again and again over the past six years the ECB has been forced to bailout Eurozone states. Hence, the ECB has repeatedly conducted credit policy (rather than monetary policy) to avoid Eurozone countries defaulting.

Christensen argued the ECB was the principal culprit for the situation through excessively tight monetary policy. He praised the new plan advocated by Varoufakis on Monday:

By linking Greece's EU and ECB debts to Greek nominal GDP, as Varoufakis has suggested, Greece's public finances would be less vulnerable to monetary policy failure in the Eurozone.

Varoufakis visited London yesterday for discussions with George Osborne and private investors to reassure them Greece wasn't looking for an all-out fight with Brussels. Osborne labelled Greece's debt crisis the "greatest risk to the global economy".

Opinion: Can game theory save the Greeks from euro oblivion?

It remains to be seen whether Germany will move towards Greece's new position, which excludes terms such "write-off" and "haircut" that would anger the German electorate.

As part of his tour of European capitals, Varoufakis told the FT:

I’ll say, 'Help us to reform our country and give us some fiscal space to do this, otherwise we shall continue to suffocate and become a deformed rather than a reformed Greece'.