A Number at the Bridge Theatre review: Caryl Churchill's sci-fi drama asks what it means to be human 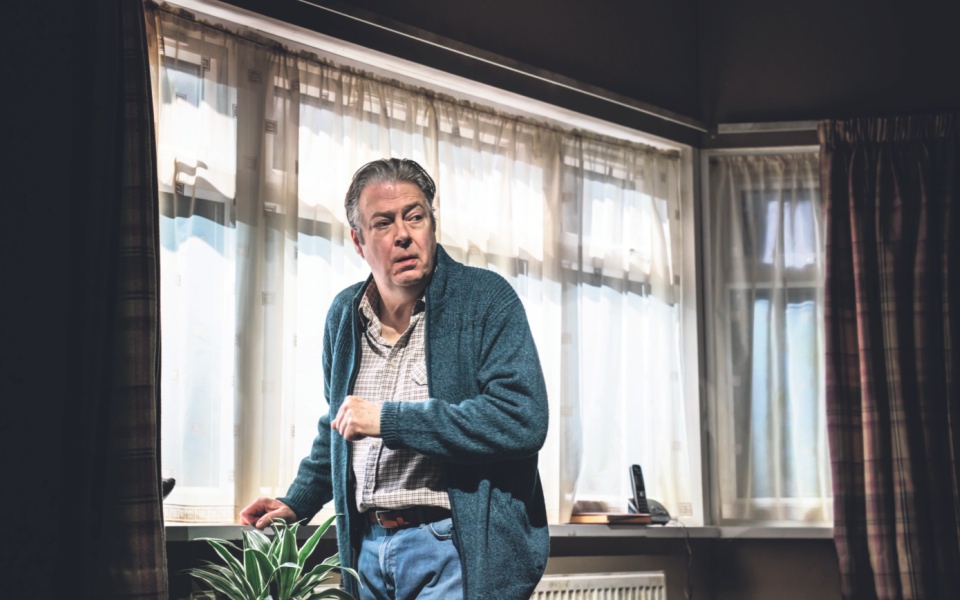 A second Caryl Churchill play opens in as many weeks, with the Donmar’s production of political dystopia Far Away followed by this sci-fi drama, which somehow condenses more than 2,000 years of ontological philosophy into a razor-sharp 60 minutes.

The two-man production opens with a father and son (Roger Allam and Colin Morgan, respectively) embroiled in a heated debate. The father, Salter, is furious that a medical institution appears to have surreptitiously cloned his son, and that “a number” of others are now wandering the country, each believing himself to be “the one”.

There’s an absurd humour to Salter’s attempts to put a monetary value on the situation, settling on £500,000 per clone as suitable compensation. “They’ve weakened your identity… The value of you!” As their conversation continues, however, holes start to appear in Salter’s story, especially regarding his motivation for cloning his son in the first place.

Churchill’s play is remarkable in the way it so gracefully touches upon the great philosophical questions without ever feeling didactic. A Number is no cold thought experiment, but a quiet rumination on human nature – our desire to be unique, for our lives to have meaning, for our imperfect minds and bodies to somehow achieve perfect ends. It’s warm and often funny – helped by Allam’s talent for awkward humour – but leaves you uncomfortable as you exit the theatre.

It’s also well adapted, with director Polly Findlay embellishing little, allowing Churchill’s precise prose to do the heavy lifting. It all takes place in an aggressively ordinary living room, which we see from various angles as the action unfolds. It’s the kind of room you forget even as you’re looking at it, which makes it the ideal backdrop for a play that asks whether we’re really as unique as we think.

Between scenes we see Salter pacing around this sad little house, can of coke in hand, staring into the middle-distance. These melancholy interludes say as much as an hour’s worth of dialogue, a lesson to young playwrights that brevity is a virtue.