A belligerent President has an effect on us all 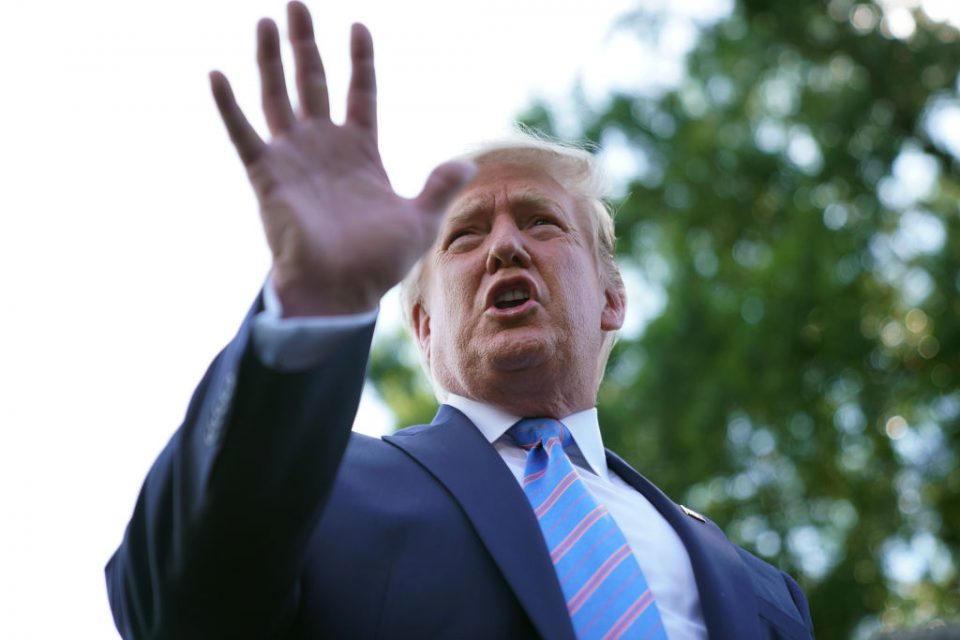 Donald Trump’s 63m followers on Twitter are used to all manner of bluster emerging from the US President’s account.

Nonetheless, yesterday’s rant at the Federal Reserve managed to raise a few eyebrows when Trump bizarrely argued that the “yield curve is at too wide a margin” to justify rates staying at their current level.

Trump was alluding to moves in the price of US government bonds that, by historical standards, portend a recession. The spread between the yield on three- and 10-year notes is, in fact, inverted to the greatest degree since March 2007, months before the credit crunch that led to the biggest global downturn in modern economic history.

The signs are not good, with bears stalking trading floors throughout the world. Traders are flocking to safe havens, pushing gold past the $1,500-an-ounce mark yesterday while emerging market currencies continued their slide. Survey after survey reveals increasingly downbeat sentiment; Oxford Economics became the latest research company to report a sharp spike in business pessimism this week.

In fairness to Trump a lot of central banks are moving in a dovish direction – including the Fed. But the President chooses to ignore the pivotal role he is playing in exacerbating the mess.

The US-China trade war is by far the biggest risk to the world economy, cited by 56 per cent of respondents to the aforementioned Oxford Economics poll, up from around 25 per cent in the second quarter. It is affecting countries beyond the US and China, with the Eurozone’s former powerhouse economy – Germany – potentially in recession.

A recent study in the Netherlands shows a drastic reduction in global trade, which could fall by half a percentage point in 2019. Analysts at Jefferies contrast this with the height of the Eurozone crisis in 2011 when trade still grew 4.7 per cent.

It doesn’t have to be like this. Trade liberalisation has actually grown in the last three years, as governments from east to west move in the right direction. But not Trump’s. The belligerent President is extremely unlikely to change tack as he delves deeper into campaign mode and lashes out at China, the Fed, and anyone else within reach. Such tactics may play well with Trump’s base, but have come at the worst possible time for billions of other people impacted by the consequences of an entirely counterproductive and unnecessary assault on global prosperity.