As 2017 ends, what is the state of the British Labour Party? 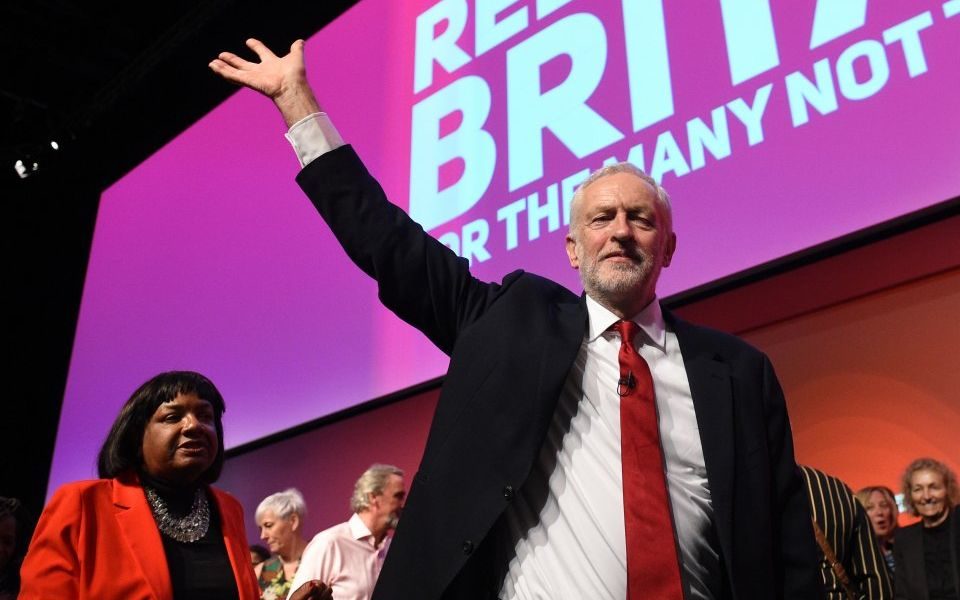 I’ve spoken in the past about my longtime membership of the Labour Party and my admiration for Tony Blair’s government.

And just as often I have expressed disappointment with Labour’s current direction and with its current leadership, who have tried to force an unworkable brand of politics onto the party.

Why am I still a member? Because I believe that moderates can wrest control of the party away from the hands of demagogues––but the critics need to stand up and make themselves known.

Jeremy Corbyn and his supporters have no right to take the moral high ground when it comes to talking about Tony Blair’s years in government. Blair was pragmatic, but that’s not the same as lacking principle. When Blair won in 1997, many assumed he would drop the New Labour “facade”, which was surely a marketing ploy and a not a model for governing the country. They were wrong. New Labour policy saw an increase in public spending on health and education, the introduction of the minimum wage, enact constitutional reform leading to devolution for Scotland and Wales. They made huge progress in the Northern Ireland peace process. Corbyn and McDonnell, who are not yet (and hopefully never) in power, have already caved in and veered away from the more radical policy platforms on which they’ve traditionally stood. So much so in fact that when you read past the rhetoric of their 2017 manifesto, you find that the policies that are hardly more radical than those produced by Ed Miliband in 2015.

So, what happened to the ‘kinder, gentler politics’ that Corbyn promised? And how have we got to the point where anti-Semitism is now associated with the Labour Party? Earlier this month, a Labour housing campaigner in Brighton was suspended for posting a parody Hanukkah video involving the local council leader and two of his colleagues. How did Corbyn react? He hasn’t. Meanwhile in London, a young BAME LGBT woman was replaced by a white, male pro-Corbyn Momentum activist in Faraday, a ward with a 61% BAME population. These events only took place recently. Go back further, and you find numerous controversies relating to Momentum. Momentum Facebook groups have discussed the deselection of any MPs who dare to defy our dear party leader, and described moderate factions of Labour as ‘scabs’. Female MPs have repeatedly complained to the party over abuse they have allegedly received from Momentum supporters, the Evening Standard reported, while one Momentum activist was accused of suggesting that Chuka Umunna was not ‘politically black’. Two years ago the former Teesside MP Tom Blenkinsop told the Independent that ‘latent forms of [the hardline] militant are on the rise and are being allowed to underline long standing, disciplined, sensible, organised Labour. These hard-left forces … conspire under the name of Momentum.’ We should also remember Corbyn’s own checkered history, which includes cosying up to terrorists and taking money from a theocracy with nuclear ambitions.

In this year’s election Corbyn was up against a failed Prime Minister with little charisma and a Conservative Party in civil war. He still lost, and then claimed it was an “incredible result” and that it was “pretty clear who won the election.” Incredibly, many voters believed him. If Corbyn remains where he is in 2018 and through to March 2019, when the terms of our divorce from the EU will be clear, he will no doubt claim any success as a result of his (very late) entry into the Brexit negotiation discussions. And if the Brexit divorce is an obvious failure, he’ll say whatever he wants, because Labour will be the only viable alternative to the leadership that negotiated those terms.

So what is the state of the British Labour Party? The latest Survation poll puts Labour eight points ahead of the Tories––an incredible turnaround, when you remember that this time last year, Labour were 15 points behind. But that says more about the political climate and the state of the governing Conservative Party than it does about Labour. And Labour is still in the hands of Jeremy Corbyn for the foreseeable future, under threat from a wholesale Momentum takeover and now with a nasty, anti-Semitic streak that doesn’t seem to be showing any signs of going away.