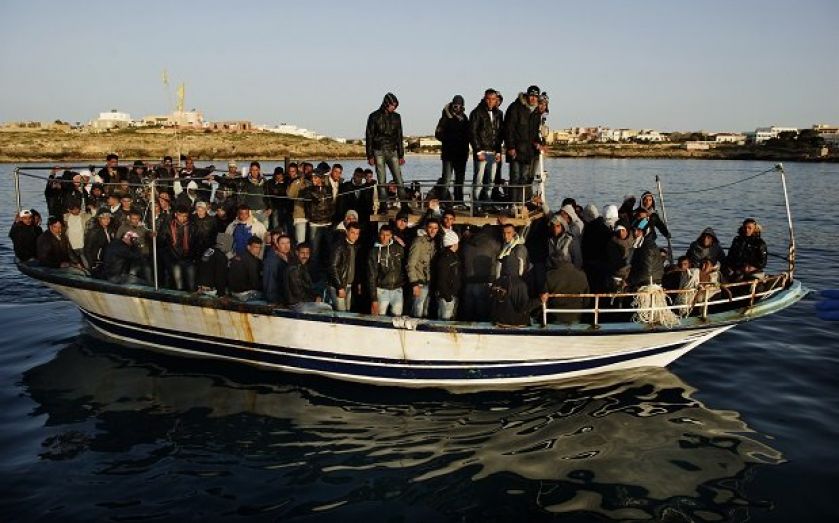 Almost 2,000 people have drowned in the Mediterranean in a desperate bid to flee to Europe so far this year, according the United Nations refugee agency.

"In all, we believe that 1,889 people have perished this year while making such journeys, 1,600 of them since the start of June," a spokeswoman for the UN's refugee agency (UNHCR) told a news briefing.

Yesterday, the Italian navy said it had rescued 364 people in a two-day search, which began on Friday after a packed boat sank off the coast of Libya. The navy managed to recover the bodies of 24 people who drowned after the boat.

The escalating violence in Libya, which has been major launching pad for migrants and refugees seeking a better life across the Medittareanean, has only made the situation worse says the UN.

The dire situation in the North African state  "has fostered the growth of people-smuggling operations, but also prompted refugees and migrants living there to decide to risk the sea rather than stay in a conflict zone," according to UNHCR.

A total of 124,380 boat people fleeing war and persecution have arrived in Europe since January, many after being rescued by an Italian navy and coast guard as part of operation Mare Nostrum.