The 15:17 to Paris review: Casting real world heroes as themselves is the weirdest thing Clint Eastwood's done since shouting at an empty chair 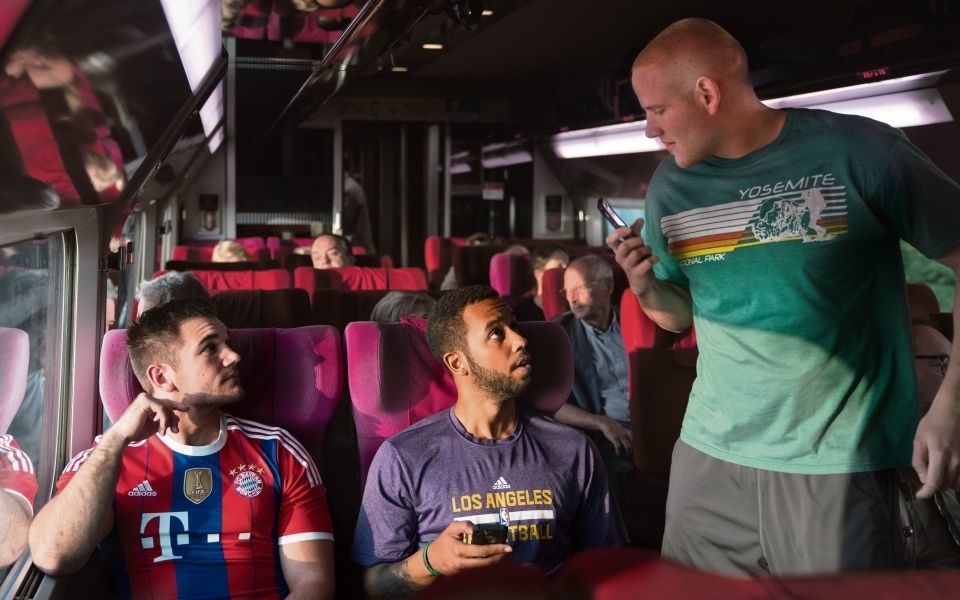 How on earth did this film get made?

The 15:17 to Paris is a retelling of the time three American men, two of them off-duty soldiers, beat a would-be terrorist senseless on a train to Paris. Directed by actor, filmmaker and renowned heckler of empty chairs Clint Eastwood, the film is notable for starring the heroes themselves as the heroes themselves. This bold directorial experiment is presumably in pursuit of a semblance of raw authenticity – who could resist the morbid spectacle of witnessing the real men doing the actual thing? – but ultimately results in a bizarre film that looks and sounds like a feature-length Crimewatch reconstruction.

The men – accomplished though they may be at wrestling an AK-47 from a heavily armed attacker, and then using that AK-47 to roundly pummel him into submission – are not actors. They’re so clearly unfit to be anywhere near the shiny side of a camera that it’s bewildering they even agreed to be part of Eastwood’s bonkers project in the first place.

They’re not even interesting people, which makes the decision to repeatedly cut away from the train to flash back to their stultifyingly tedious backpacking trip around Europe all the more baffling. In really long, do-nothing scenes that comprise 80 per cent of the film, they visit coffee shops and order beer, take selfies and ogle women. We are a fly on the wall of the most excruciatingly boring vacation ever undertaken by humans, and being swatted would be a welcome relief.