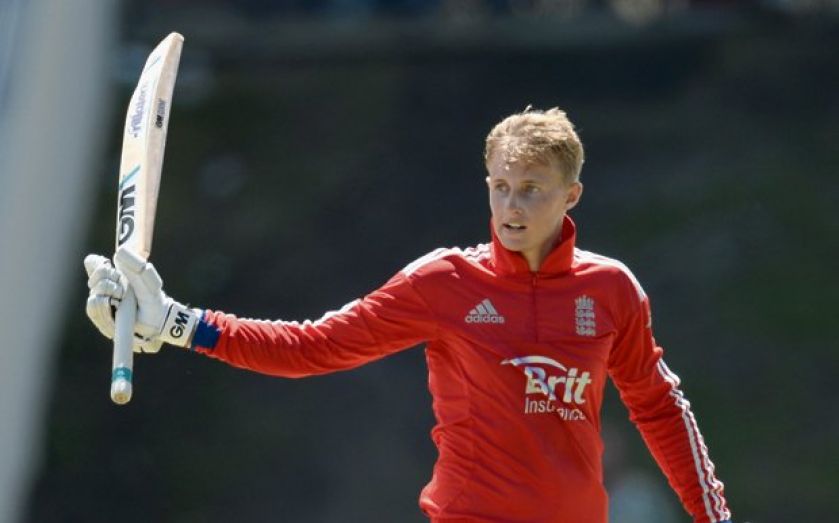 Root carved his first one-day international century and Buttler blazed a thrilling 99 off 84 balls as England made hay at the end of their 303-run innings and then survived a fightback to win by 25 in Antigua.

The win saw England claim the series 2-1, despite losing Friday’s opening match, and Broad, standing in as skipper in the absence of Alastair Cook, had Root and Buttler, both 23, to thank.

“I’m very happy, especially with the way the batsmen played. The last 10 overs was a pleasure to watch and won us the game,” he said. “You had time to play yourself in. Jos did that superbly. He looks unstoppable when he gets going like that.”

Root played down fears over a hand injury, with a Twenty20 series next and the T20 World Cup later this month, having suffered a blow to the thumb early in his landmark innings.

A yorker from Tim Bresnan, who took 3-45, finally ended Ramdin’s resistance, and Broad expects the delivery to be a useful weapon.

“Yorkers will be important in Bangladesh,” he added.

“We saw with the last delivery that the perfect yorker has a part to play.”