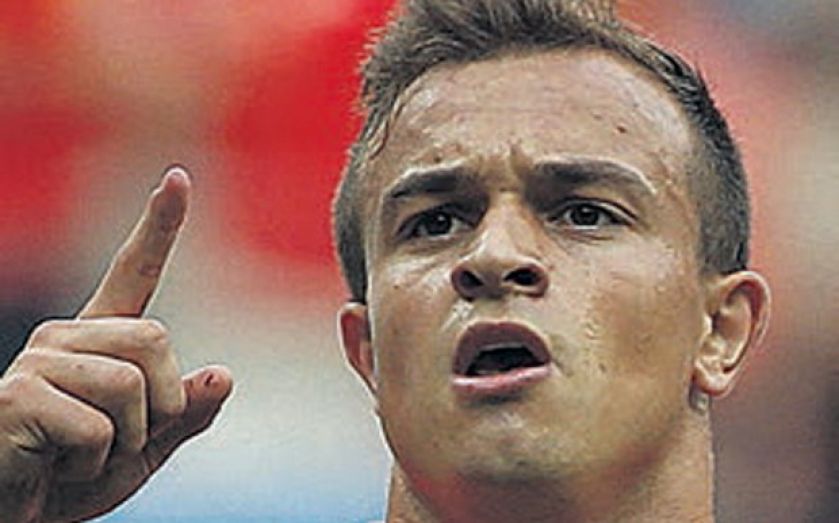 Needing to match or better Ecuador’s result to go through, Liverpool target Shaqiri stole the show for the Swiss to set up a clash with Lionel Messi’s Argentina.

It took just six minutes for the deadlock to be broken, with Shaqiri curling a left-footed strike into the top corner from 20 yards.

And the Yugoslavian-born star doubled Switzerland’s lead on 31 minutes when Gokhan Inler launched a swift breakaway which culminated with Josip Drmic rolling a pass through for Shaqiri to fire in.

Honduras huffed and puffed in the second period and should have had a penalty when substitute Jerry Palacios was bundled over by former Arsenal defender Johan Djourou as he shaped to shoot.

But 22-year-old Shaqiri put the result beyond doubt when he arrowed in Drmic’s square pass.

At the Maracana, meanwhile, goalkeeper Alexander Dominguez was 10-man Ecuador’s star turn as opposite number Hugo Lloris remained largely untested in the French goal. Antoine Griezmann went closest to breaking the deadlock, but Domiguez pushed his effort onto the post in the opening moments of the second half, before Antonio Valencia was sent off.