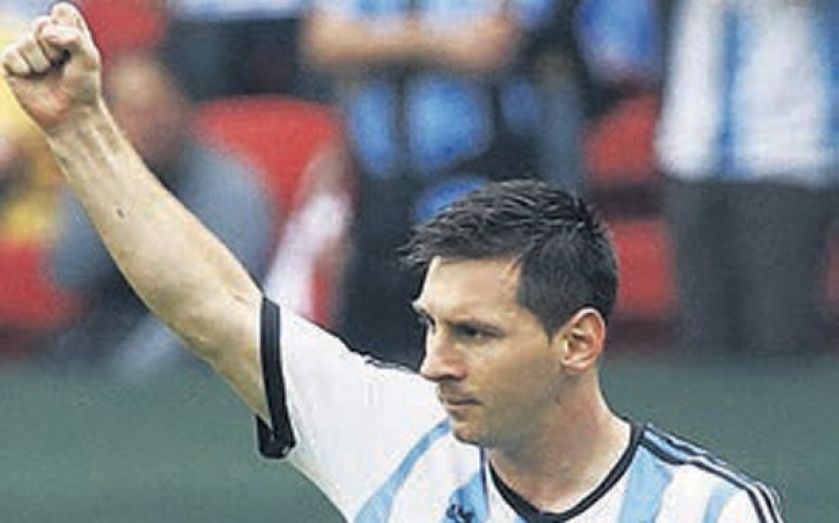 NIGERIA coach Stephen Keshi hailed Lionel Messi as being “from Jupiter” after the world’s most gifted player scored two goals in a victory that confirmed Argentina as Group F winners last night.

Messi lashed a fourth-minute opener and curled in a delicate free-kick just before half-time, though twice forward Ahmed Musa equalised for the west Africans within moments. Defender Marcos Rojo headed the winner to set up a tie with Switzerland, though Nigeria qualified for the World Cup’s knockout stages anyway due to Bosnia’s victory over Iran, and will meet France.

“Messi is a heck of a player. You can’t take that away from him,” said Keshi. “He’s blessed. Other players in the Argentina squad are very strong, but Messi is from Jupiter.”

Argentina knew a win or draw would ensure they won the group and made the ideal start when Messi lashed into the roof of the net after Angel Di Maria hit a post.

But Nigeria, mindful that a loss would eliminate them if Iran won, hit back the very next minute, CSKA Moscow’s Musa whipping a low shot across goalkeeper Sergio Romero.

Messi restored the lead as half-time beckoned, floating a set-piece over the wall and past a scrambling Vincent Enyeama for his fourth in three games, though Musa again responded almost instantly, slotting home on 47 minutes.

Left-back Rojo might have prevented Musa’s second goal but soon made amends, heading the decisive third for Argentina from a corner in the 50th minute.