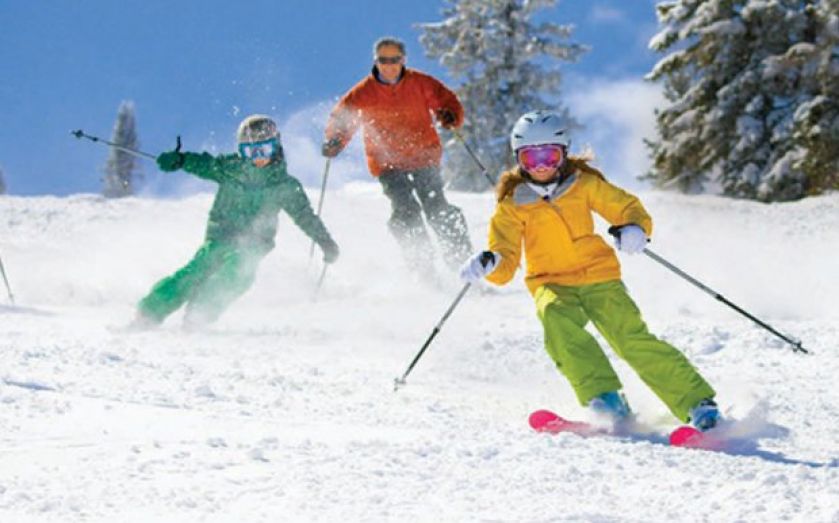 NEARLY 40 per cent of winter sports holidaymakers head to the slopes without travel insurance, according to government figures. And 31 per cent have admitted to not checking their policy to ensure they’re covered. But despite all the small print, getting the right cover needn’t be difficult. City A.M. speaks to the experts to find out what you should bear in mind if you’re one of the thousands of Brits hitting the slopes this winter.

THE EXTRA MILE
While some insurers do offer winter sports cover as part of their policies, most do not, says MoneySavingExpert’s Jo Gornitzki. Without it, you won’t be covered for lost or stolen equipment, or accidents. If you do already have a multi-trip policy, you may well be able to add a winter sports package on, but it is worth comparing the cost with a single-trip policy for winter activities (see chart). Ensure that the policy both gives you enough cover to replace all your gear, advises GoCompare.com – and that you’re happy with the excess.

Winter sports cover will also give you necessary benefits, explains Columbus Insurance Service’s Greg Lawson. These may include compensation for not using a ski pass or lessons because of illness or accident, and cover for piste closure if the weather is bad. According to a survey by GoCompare.com, 68 per cent of policies cover for delays to arrival or departure in the event of an avalanche. You’ll also get cover for ski equipment, regardless of whether you own it or are hiring it, explains Lawson. “So if it’s lost or damaged by the airline, or stolen from a roof box on your hire car, you can submit a claim.” Do keep an eye on where you’re keeping equipment, though, as not all insurers will shell out if it was unattended.

Indeed, it’s worth remembering that winter sports policies can vary quite dramatically. Cover for ski lift passes, for example, can range from £50 to £3,000. The average, says GoCompare.com, is £378.53 per pass.

FAMILY FUN
Along with getting the right policy, make sure that everybody who is going is covered appropriately. If you’re using the Christmas break as a chance to spend time with children who don’t live with you full-time, you may need to cover them separately. Speak to your insurer directly on this – most are more than happy to provide it, assures Lawson.

If you’re taking older kids, those aged 18 to 22 and in full-time education can be included in family policies, Lawson says. This means they’ll be able to travel with you and also independently.

GOING OFF-PISTE
Once you’ve got a policy, it’s then important that you’re clear on what it allows. Check carefully which sports are covered, Gornitzki says. Even activities like husky sleigh riding and sledging are usually fine, but the more vigorous – like ski jumping or snowmobiling – may not be.

It’s a similar story for going off-piste. According to GoCompare.com, over 80 per cent of insurers will cover off-piste skiing, but most place restrictions on it, and only 10 per cent of policies cover it unrestricted. You may find that your policy stipulates that you need to be supervised by a qualified guide, or that you’re covered only within the resort boundaries. “If you are venturing off-piste, consider equipment such as a transceiver, which helps locate you in the event you get lost or caught up in an avalanche,” advises Lawson.

MEDICAL IMPERATIVE
Even if you’re sticking to the more traditional sports, it’s still a risky business. In 2012, the number of reported accidents on French slopes included seven deaths. That is particularly high, but it goes without saying that medical cover is vital. The European Health Insurance Card (Ehic) means you can be treated in state-run hospitals in EU countries, Norway, Switzerland, Liechtenstein and Iceland – but it is not a substitute for travel insurance. This is particularly important if you’re on the slopes, as the cost of privately-run medical teams and helicopter rescue will only be covered by winter sports insurance, explains Lawson.

TIPPLE WHAMMY
When you’re not streaking down the slopes, no-one’s going to argue that a hot toddy isn’t more than tempting. But most travel insurance policies have exclusion clauses if you are under the influence. That needn’t mean a dry holiday, but “moderation is likely to keep you safe and covered,” says Lawson. The same can apply to skiing in bad weather or without a helmet. According to government figures, 70 per cent of people don’t wear a helmet when skiing or snowboarding. That said, most policies do not obligate it, says Lawson. It’s just a case of checking your policy, says Gornitzki – if you know what it says, it’s less likely that you’ll invalidate it.