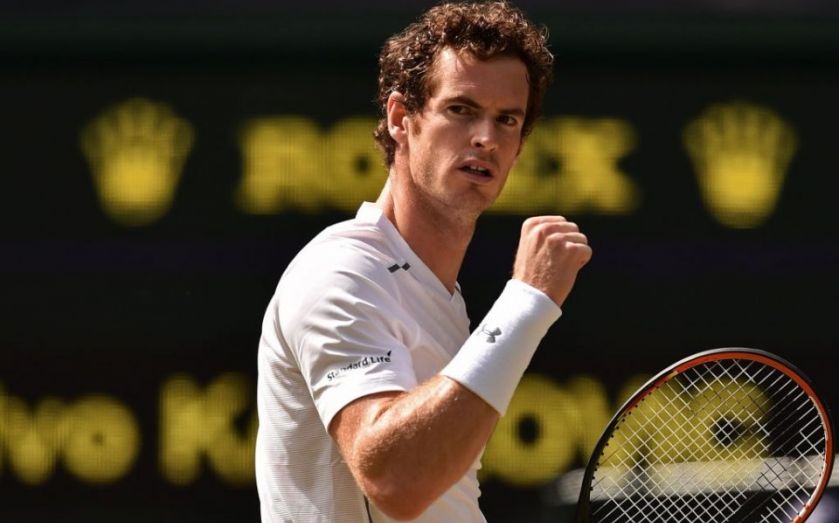 In doing so, the Scot set up his sixth Wimbledon semi-final and secured a minimum prize of £470,000 taking his total earnings on the grass of the All England Club to £3.88m.

With a record-equalling seven Wimbledon men's singles titles, Roger Federer is unsurprisingly the competition's biggest beneficiary with £8.18m made in prize money.

Reigning champion Novak Djokovic has made £5.13m from his performances in SW19.

Murray now has total career earnings of £38.9m, the fourth-highest in ATP Tour history, 15 per cent of which have come from Wimbledon – the largest percentage of any of the Tour's biggest earners.

In the women's singles event, both Serena and Venus Williams – with 10 championships between them – have earned more than Murray from Wimbledon.

Serena took her total earnings to £5.86m, following her quarter-final win over Victoria Azarenka yesterday, while her defeat of Venus in the previous round left her sister with total Wimbledon earnings of £4.8m.

Despite having just the one Wimbledon title to his name, Murray has reached the quarter-finals stage or further in eight consecutive years during an age when prize money pools have swollen to record levels.

With £1.88m on offer to the winner of the men's and women's singles events at this year's championships, Wimbledon is the richest grand slam in tennis with the largest prize money pool in history at £26.75m.

The prize money on offer at Wimbledon has risen rapidly – 152 per cent since 2011 – which explains how Murray has pocketed more than joint-record titles holder Pete Sampras, who made £2.9m from the tournament he won seven times between 1993 and 2000.