With earnings season kicking off this week amid the backdrop of US inflation, consumer confidence and industrial production data, where next for the VIX?

The Volatility Index (VIX) is again coming off its relatively high 30+ reading as it has done every month year-to-date, except in April, but is another spike higher around the corner?

When the index spikes and shows a relatively high reading, it indicates that significantly more put options are being bought than call options, as investors fear a slump in the price of US stocks and their indices and thus hedge themselves by purchasing put options.

Every time the VIX spiked above the 30 mark this year, it swiftly came off again as equites recovered from their slumps and subsequently recovered.

What is of interest this time round, however, is that the swift three-day rally in the VIX between 9 and 13 June was followed by a slow, orderly and relatively low volatility decline in the index into the end of June.

Furthermore the late June rout in world equity markets on global recession worries only provoked a minor rally in the VIX which hardly rallied from 27.15 to 30.00 before slowly coming off again during the month of July.

Does this mean that market participants believe that equity markets won’t slide much further or are they simply becoming complacent?

It has to be said, though, that compared to last year, the VIX has practically always been trading at higher levels – above its historical mean – and above its 200-day simple moving average (SMA), currently at 25.25, meaning that higher levels of “fear” remain prevalent in the marketplace. 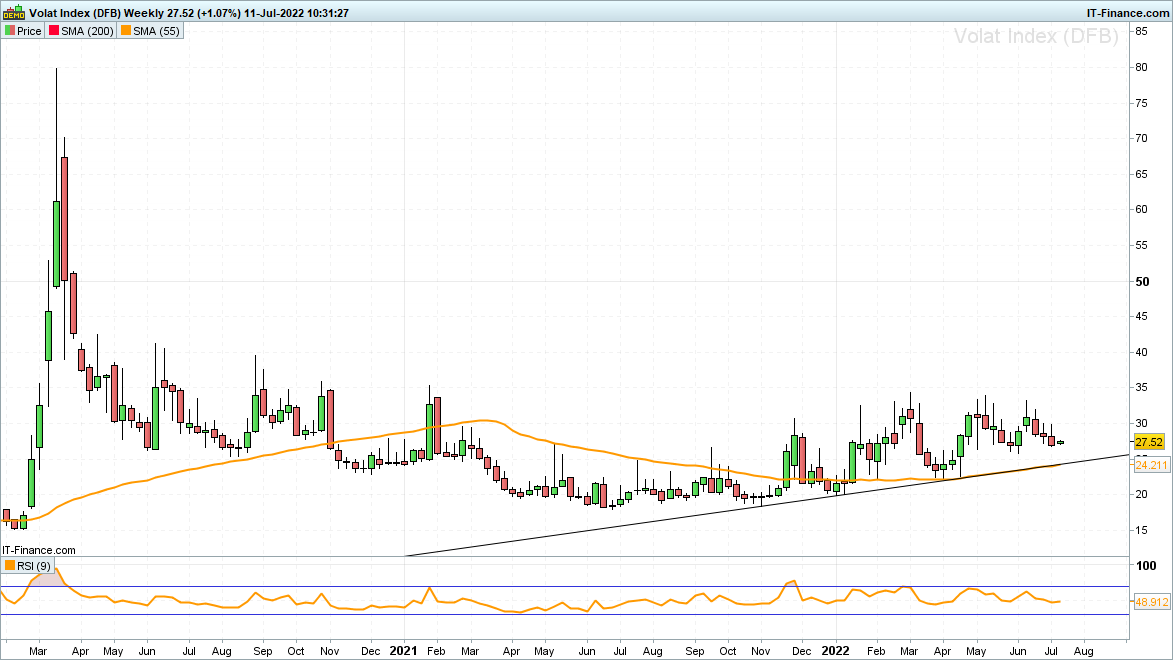 Where is the VIX heading?

With oscillators such as the Relative Strength Index (RSI) not giving us any clear indication of the future trend since these are spotted towards the middle of their ranges, far away from either overbought or oversold levels, investors have to focus on the price of the VIX index itself.

Ever since its mid-June peak at 33.23, the VIX index has been evolving within a downtrend channel and is currently oscillating around the middle of that channel.

Immediate resistance is seen along the upper downtrend channel line and the mid-June low at 28.93 as well as along the 55-day SMA at 29.05, whereas potential support and current downside targets can be found between the June low and the 200-day SMA at 25.76 to 25.25. En route lies the May low at 26.31. 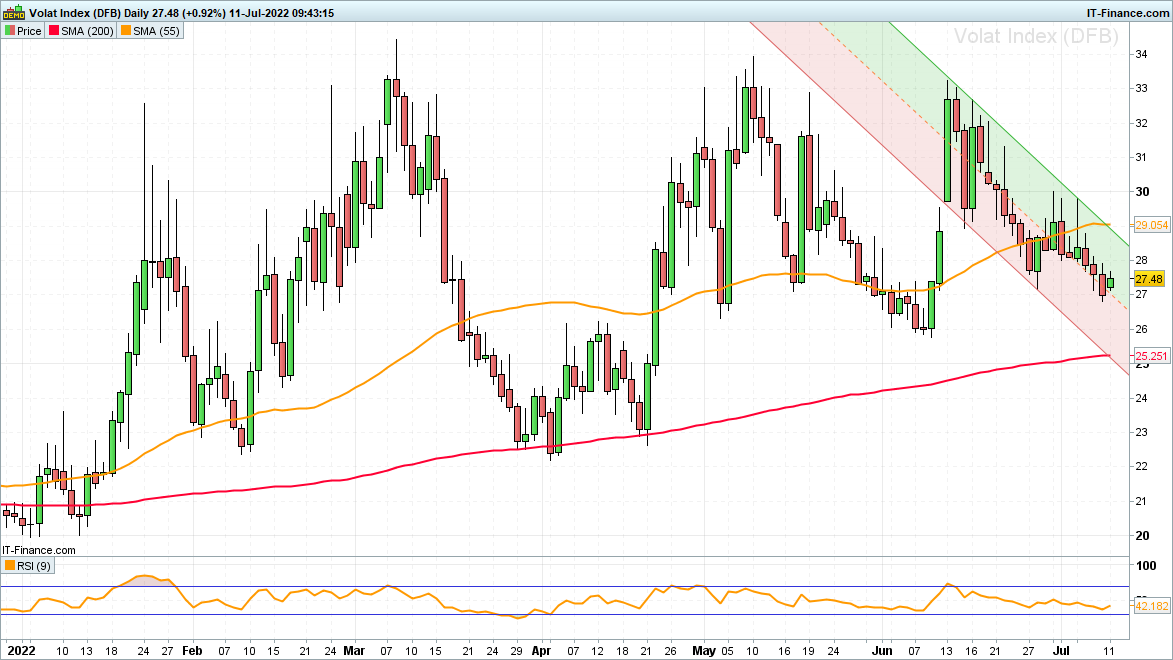 The last five times the 200-day SMA has been touched, in early and mid-January, late March, as well as early and late April, the VIX index rallied. It will be interesting to see whether a rally will happen again this time round, were it to be revisited.

For the VIX index to spike again, a bullish reversal would need to take it above the late June and early July highs at 28.92 to 30.00, in which case the March, May and June peaks at 33.23 to 34.43 would be back in the picture while US equites sell off once more.