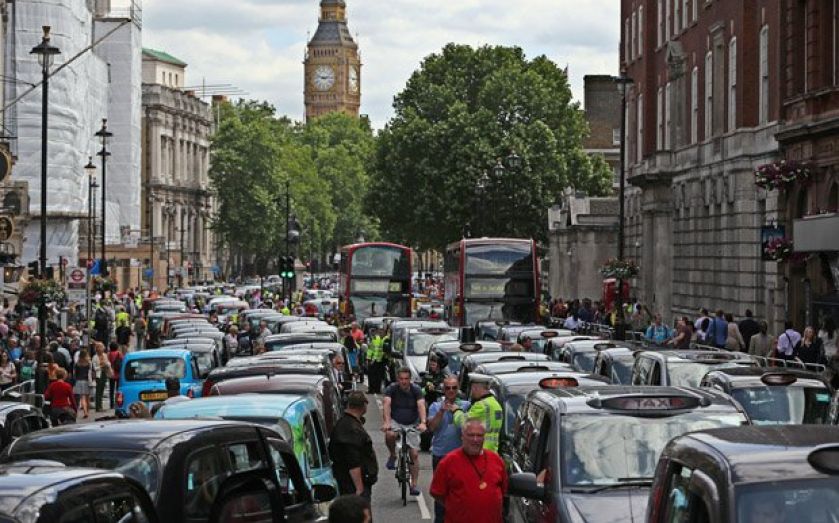 This was the summer the sharing economy truly hit London. First, we had black cabs bring Whitehall to a standstill with protests over the introduction of Uber, an app that allows you to call a cab wherever you are.

Next, plans were announced to remove laws controlling short-term rentals, opening up the door for Airbnb and co to expand in the capital. And BMW recently announced it would embed the JustPark app, which connects the parking spaces of 20,000 people – mostly in London – with visitors and commuters looking for a slot.

But does this wave of sharing startups represent a new direction for London’s economy, or is it just another transient tech boom?

Airbnb’s April funding round put its valuation at $10bn (£5.96bn, which is higher than several leading hotel groups), only to be eclipsed by Uber’s $18bn price tag awarded by investors in June. Of course, we’ve seen big valuations come and go before. Remember Myspace? In 2007, the social network was worth similar sums – four years later it sold for just $35m.

But there’s reason to believe that this time may be different. Far from a fad, theses developments are the result of long-term “megatrends” colliding together, showing no signs of retreating any time soon. There are three main driving forces.

First, technological breakthroughs: the connected digital devices that match demand and supply are becoming widespread and easier to use than ever before – witness Uber’s app replacing The Knowledge. Second, resource scarcity: there will be increasing pressure through pricing to adopt more efficient, less wasteful modes of consumption (e.g. car sharing over ownership). Third, social change: we are getting ever-more comfortable in trusting strangers (e.g. using peer-review systems like TripAdvisor).

In an analysis released later this week, we show that these megatrends could spur on the top five sharing economy sectors to generate around $335bn in global revenues by 2025, up from $15bn today.

And cities like London are best placed to generate the lion’s share of that growth. Why? We tightly-packed urban folk create the critical mass these platforms need to become viable businesses. The average car club takes 17 private cars off the road, but you wouldn’t set one up in a small rural community. And while we may baulk at talking on the Tube, our proximity to each other actually makes us quite open to trusting one another.

To make the most of these opportunities, the right environment is needed. The signs are that London is creating just that. Where regulators in New York have begun challenging the sector, Downing Street brought insurance leaders together to work out how they can better support the removal of hurdles.

The mayor’s office recently announced the ambition for London to become the car sharing capital of the world by 2020. With that mindset, there’s nothing stopping the capital becoming the home of the next big sharing business model to hit the headlines.