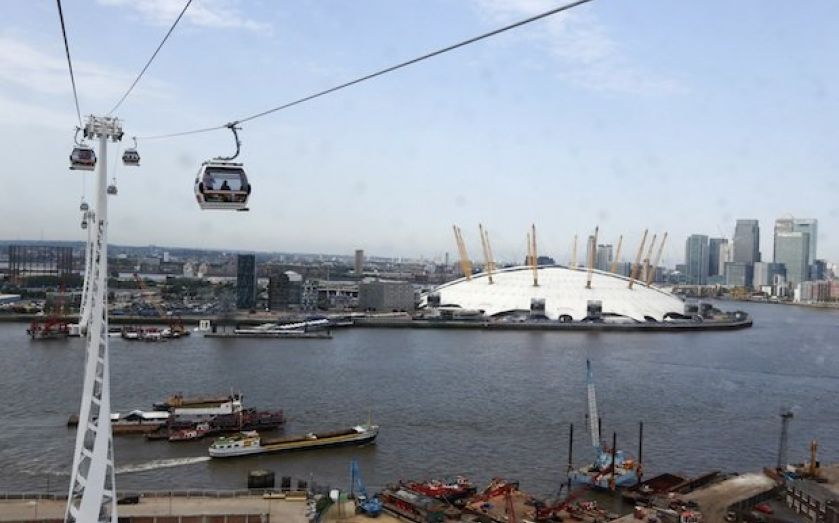 HOW DO we solve Britain’s housing crisis? Ed Miliband has promised to see 200,000 homes built each year by 2020. But his pledge was linked to a misguided initiative to stop developers hoarding land (the Office for Fair Trading couldn’t find any evidence that this actually happens).

The Tories, meanwhile, are bringing forward the second stage of the Help to Buy mortgage subsidy – though stoking up demand is pushing prices up further, with little meaningful rise in supply. The Centre for Economic and Business Research forecasts the typical UK home will reach a record £225,000 in 2013.

Both fail to reach the nub of the issue. Our byzantine system of planning rules, and local authorities’ reluctance to grant permission for new homes, are holding back supply. Just last month, Gravesham’s draft Local Plan was rejected by a planning inspector as it failed to provide for enough housing to meet demand in the Kent commuter town.

Across the South East, there is simply not enough land with planning permission. As the House Builders Federation points out, construction firms only have a year’s stock of land to build on. No wonder construction levels are the lowest since the 1920s, with fewer than 100,000 registered starts in 2012.

How do we cut through this mess? One suggestion is to build a series of new towns around London. Labour’s Lord Adonis last week released a four-point plan incorporating the idea. But while his proposal has merit, if we learn from the redevelopment of London’s Docklands, it doesn’t have to cost the taxpayer billions. And crucially, it could also offer lessons for the future of planning rules more generally.

Adonis’s strategy hinges on his admiration for the Attlee government’s commitment to new towns. Encircling London, these provided much-needed supply. But too many focused on providing housing for rent, primarily to those on relatively low incomes. This did little to foster a broad social mix. They were branded as overspill centres for the disadvantaged and, as soon as residents could, they bought a home elsewhere.

Further, the vast majority of New Town Development Corporations couldn’t repay the money they borrowed from the Treasury. None of the original population growth targets were achieved. Yet Adonis is right that we can still encourage garden cities along transport arteries, like at Ebbsfleet near Dartford. And this is where the Docklands hold lessons.

First, the revival of this area from defunct docks to a vibrant commercial and residential centre rested on the importance of transport links. Until the Jubilee line was constructed, the area struggled to achieve take off. The original developers, the Reichmann brothers’ Olympia & York vehicle, ran into trouble when the promised extension of the Jubilee line to the Docklands took longer than expected.

There is still scope for public-private partnership, however. After all, the pre-war railways firms relied on the development of suburban villas in Metroland to shore-up their finances and provide them with a commuting customer base.

But crucially, the success of the London Docklands Development Corporation (LDDC) was its appreciation that investment would be spurred by a relaxation of planning rules. By sweeping away onerous planning controls, providing tax breaks and embracing the ingenuity of the private sector, the LDDC attracted 41,500 new jobs between 1981 and 1991. These positions in financial services, media, hotels and distribution paid far more than the 20,500 jobs lost with the winding-up of the docks.

Significantly, as Sir Peter Hall, the original pioneer of enterprise zones has said, Urban Development Corporations like LDDC “deliberately did little planning”. Expert consultants were commissioned to draw up frameworks, but private developers were then encouraged to get on with it. Reginald Ward, the visionary chief executive of the LDDC pointed out that “planners presume that they can regulate the market place – and they can’t … [the need is] to be responsive to development pressure…which requires a very flexible planning framework”.

This strategy delivered. While the LDDC received £1bn in grants from central government, it attracted £8bn in private investment. The Docklands has emerged as a vibrant area offering attractive, modern residential accommodation, while boasting good connections to the rest of the capital by the Jubilee and ever-more popular London Overground rail links.

The UK’s recently-introduced National Planning Policy Framework offers some hope that local authorities’ reluctance to grant permission for housing will be addressed. But the challenge is to co-ordinate transport infrastructure with private sector funding for housing that people can buy as well as rent.

Keith Boyfield is research fellow at the Centre for Policy Studies.