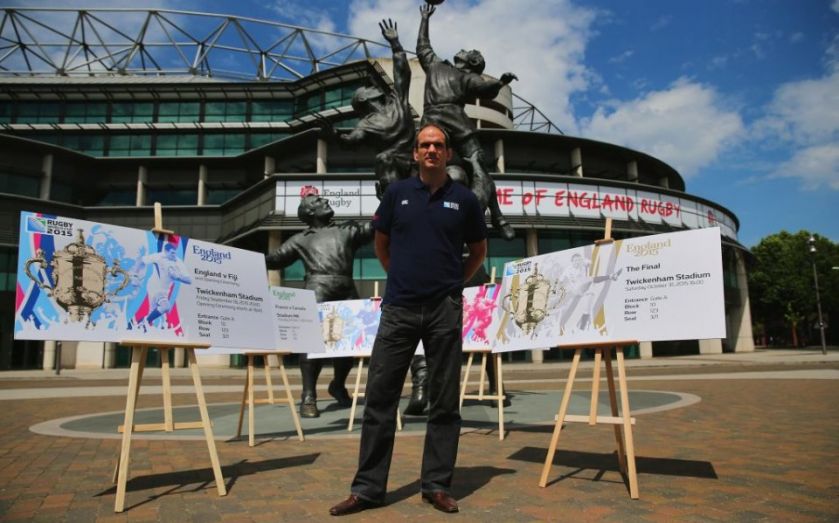 This year, anybody in the UK with an interest in sport has been spoilt for choice. The Ashes and Wimbledon both captured the public’s imagination once again and we still have the Rugby World Cup to look forward to.
Alongside this, we continue to host some of the best music gigs in the world, drawing tourists from far and wide. This is not only a cultural boon for the UK, but also a profitable one: live events bring millions of pounds into the nation’s coffers.
The secondary ticket market (where purchased tickets for an event are resold) is a big part of this, and is worth an estimated £1bn a year. But this is all under threat because of the last coalition government’s decision to restrict ticket resales under Part 3 of the Consumer Rights Act.
Read more: Police investigating fake Rugby World Cup tickets
Now, anybody selling a ticket on an online platform has to provide more information about the ticket they wish to sell. This includes the exact seat number, the face value of the ticket, and any restrictions that apply. If fans do not go through this bureaucratic process, they will be breaking the law.
If that wasn’t bad enough, fans who do follow the law may find themselves in an even worse position. Event organisers will have all the information they need to cancel the ticket if terms and conditions forbid it from being resold – as many frequently do.
This leaves fans in a catch-22 if they want to resell a ticket. Much of the blame for this situation has to fall at the door of event organisers who have lobbied for years to restrict the secondary market, arguing that ticket resale should either go through themselves or official resellers.
Read more: Rugby World Cup tickets are online for up to £1,1770
The crux of their argument is that these changes to reselling rules will stop people getting ripped off. But this doesn’t stand up to much scrutiny. All major online reselling platforms offer guarantees on tickets, with many sold well below market price.
All the change will achieve, ironically, is to push more people onto the streets where they have no protection whatsoever from unscrupulous touts.
In reality, event organisers want to ensure that they can keep ticket prices under their control, with all profits flowing back to them. They saw the Consumer Rights Bill as the perfect vehicle for them to do this, and with the support of a select group of Lords forced through the provisions. The Liberal Democrats, never ones to miss a bandwagon, aided and abetted them.
The government, for its part, has argued that event organisers will not be able to cancel tickets they find being sold on, as terms and conditions providing this would be deemed “unfair” by the courts.
The problem with this, however, is that the Consumer Rights Act also amends the law around “unfair terms”, meaning that nobody knows what the law currently means in practice. This uncertainty does not bode well for anyone who has bought a ticket for a live event which they find that they can no longer use.
Recent polling undertaken by Opinium has shown that just under two thirds of fans believe they should be able to sell tickets that they can no longer use.
It seems they will be in for a shock if they ever find themselves in a position where they wish to do so. It is not all bad news, however; the government has announced that it will undertake a review of the ticket market, to report back within 12 months.
This review needs to be all-encompassing, looking at all the ways that the current legislation is failing the consumer. Ideally, we need to see the secondary ticket market provisions of the Consumer Rights Act repealed, and safeguards introduced to prevent tickets rights being limited in any way in the future.
These changes are at least a year away, however, so for the time being the law will stay as it is. This means that anybody attending a live event soon will have to be very careful about what they do with their tickets.