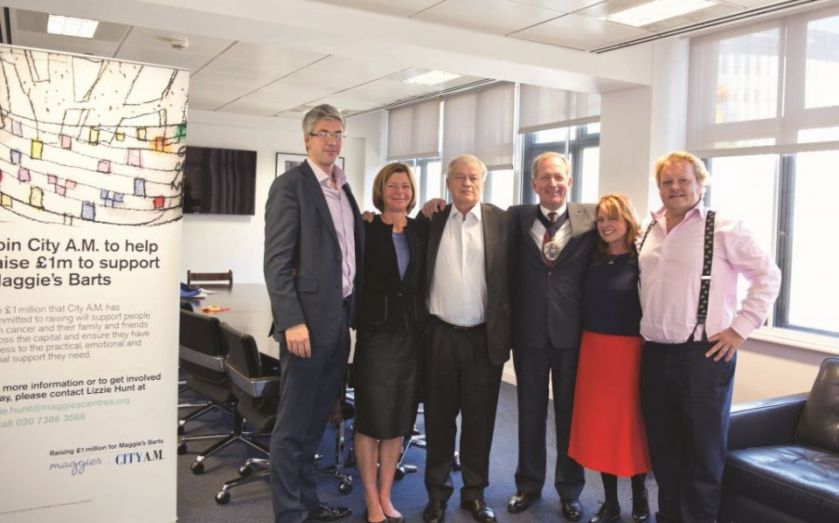 Guildhall yard is pretty nippy at 8am. The wind whistles through the gaps in the buildings and there’s no sun to warm the paving stones. But on Wednesday last week, no-one noticed any of that – we were all too involved in the carnival of community work that was City Giving Day.

We had businesses. We had volunteers. We had charities big and small. We had community groups. We even had the Tottenham Hotspur Foundation’s girls disabled football team. Everyone had a fantastic time, and we hadn’t even got out of the starting blocks yet.

Over the next eight hours, I walked from one end of the Square Mile to the other, visiting half a dozen of the over 200 companies that signed up to participate in City Giving Day. It was a safari of society – and it allowed me to learn about a fraction of the outreach work that goes on in the Square Mile. Time given, people supported. Much of this work is woefully underappreciated. Most City workers – about 80 per cent – aren’t even aware of the community work undertaken by their own employers.

This is such a missed opportunity. The more we publicise this sort of work, the more likely it is that other people will see what’s being done – and want to join it. It’s a cycle of support that benefits the recipients, the volunteers and the employers all at once.

This work makes a real difference. Businesses shouldn’t be shy about shouting about the great work they do. Championing their efforts will strengthen the relationship between charitable partners and more people to do the same.

That’s what City Giving Day is all about. I visited a Barclays branch on Fenchurch Street to meet some of their team and find out more about their volunteering. A massive 70 per cent of Barclays staff are involved in community projects. Later that evening, their staff also won a Lord Mayor’s Dragon Award for their outstanding partnership with Ian Mikardo High School in Tower Hamlets. Barclays supply mentors who help students to develop employability and enterprise skills.

They also fund a support worker to help bring the community and the school together. The result? One hundred per cent of those “at risk” now leave the school for further education, employment or training – and Ian Mikardo has achieved its third consecutive ‘outstanding’ from Ofsted.

There was such a great atmosphere at the branch. Elsewhere, I could feel the passion of the volunteers from Mencap, Scope, Friends of the Elderly and other groups as they talked to me about their work.

This is the reality of the City. We should all be proud of the work that goes on underneath our noses – and we should all try to find out a little more about it. To all those who participated in any way, I say a big Lord Mayor’s THANK YOU!