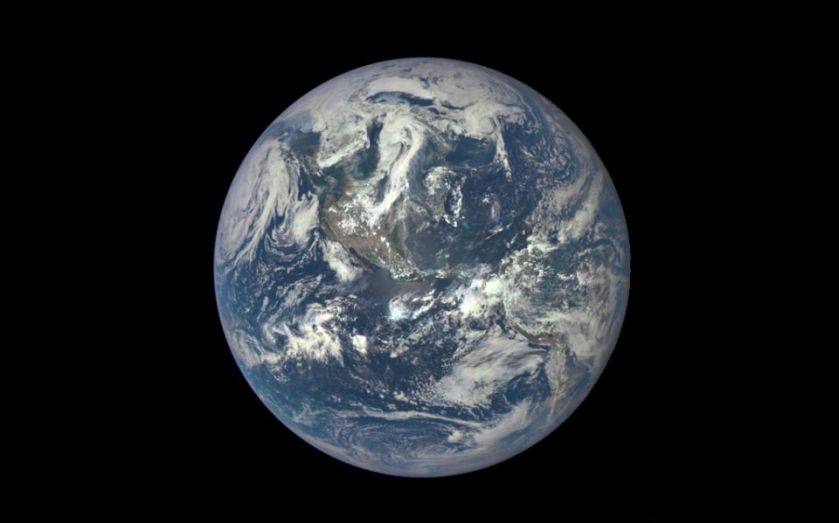 For the first time ever, humans can see what the entire sunlit side of the Earth looks like from a million miles away, and the quality is staggering.
This morning, Nasa released a photo taken by a camera attached to its Deep Space Climate Observatory (DSCOVR) satellite, which was sent up into space in February aboard a SpaceX Falcon 9 rocket.
Read more: Elon Musk’s SpaceX wins Nasa commercial flight contract
In unprecedented detail, it is possible to see the whole of north and central America in colour, with the central turquoise areas representing shallow seas around the Caribbean islands. It is hoped that images will help scientists predict major weather events in the future.
Read more: Why UK winter weather is about to get even more extreme
"This first DSCOVR image of our planet demonstrates the unique and important benefits of Earth observation from space,” said Nasa administrator Charlie Bolden.

Dscovr’s observations of Earth, as well as its measurements and early warnings of space weather events caused by the sun, will help every person to monitor the ever-changing Earth and to understand how our planet fits into its neighbourhood in the solar system.

Hanging in the balance

The camera, called the Earth Polychromatic Imaging Camera (EPIC), combined three separate images to create a photographic-quality image.
The photo was taken between the sun and the earth, as the camera hangs in the balance of the gravitational pull from each.
The plans for the camera are long term – Nasa intends to use data collected by EPIC to measure ozone and aerosol levels in Earth’s atmosphere, cloud height, vegetation properties and the ultraviolet reflectivity of Earth.
The space agency has partnered with the National Oceanic and Atmospheric Administration (NOAA) and the US air force to carry out the project.