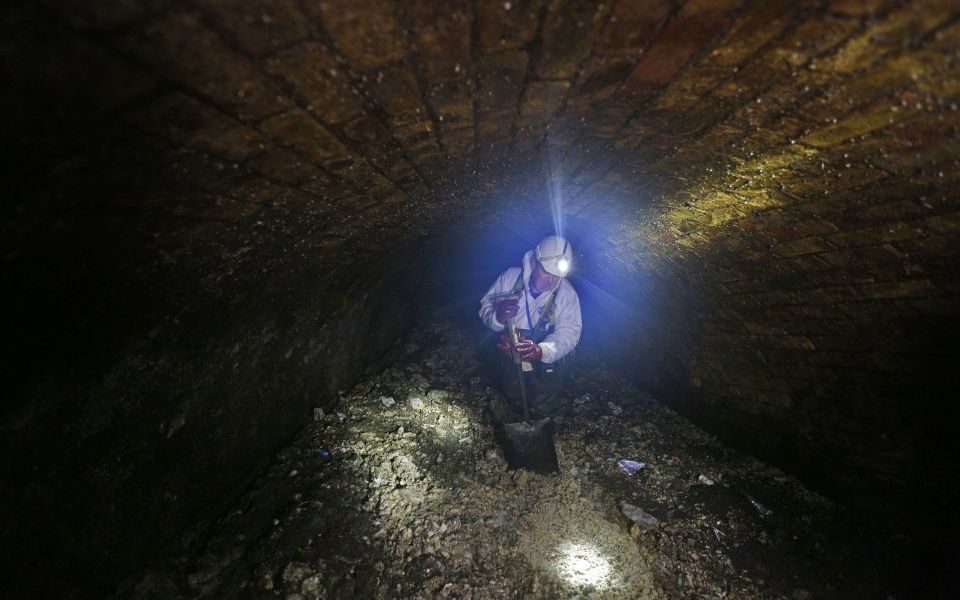 Wet wipes are to get a “fine to flush” symbol to help people identify what can’t go into Britain’s sewers and aid in the fight against so-called fatbergs.

Manufacturers of wet wipes will be able to feature the symbol on their packaging once their products pass “strict scientific tests”.

Read more: New fatberg discovered – and it's right under Whitehall

A 2017 investigation of sewer blockages in the UK found that 93 per cent of sewage blockages could be caused by non-flushable wet wipes.

Plastic-containing products cannot break down in the sewer system, potentially contributing to blockages and the growth of fatbergs, large masses of waste largely made up of congealed fat and personal hygiene products.

And there has been a significant increase in the number of such blockages in recent years.

In 2017, a 250-metre long fatberg was uncovered in Whitechapel that reportedly weighed as much as 19 elephants.

The Whitechapel find, one of the largest fatbergs ever uncovered, was considered so significant that the Museum of London acquired a sample of the mass for public display.

Another fatberg was uncovered earlier this week under the streets of Devon which – at 64 metres long – is bigger than Nelson’s Column in Trafalgar Square.

Michael Roberts, chief executive of Water UK, described the new packaging symbol as “an important step in the battle against blockages”.

He said: “We’ve all seen the impact of fatbergs recently, and we want to see fewer of them. Improving the environment is at the core of what the water industry does, and the new ‘fine to flush’ standard that we’ve created will make it easier for consumers to buy an environmentally-friendly product instead of one which clogs up drains and sewers.”

Read more: This is London's most polluted Tube line

Whilst many wet wipe products claim to be flushable, Water UK said that many labelled as such do not break down in the sewer system and would not pass the new, more stringent tests.

There are around 300,000 sewer blockages reported in the UK each year that are often responsible for sewer flooding, costing the country around £100m a year.