Arsenal fans won’t mind how it came. This was all about improving their dreadful record away from home and moving back into the all-important top four of the Premier League.

Viewed through that narrow prism it was mission accomplished, with Pierre-Emerick Aubameyang closing down Ben Foster to score early on, secure a 1-0 win and send Arsenal past Chelsea into fourth place.

Read more: Solskjaer focuses on recent exploits over past glories ahead of Barca tie

The victory meant Watford were added to Huddersfield, Blackpool, Vorskla Poltava and Bournemouth as the only teams the Gunners have beaten away from Emirates Stadium since 25 November.

Despite some error-prone defending and wide open positioning, Unai Emery’s side also managed to become the final side in the top flight to keep an away clean sheet this campaign.

It could have been very different had Watford captain Troy Deeney not been sent off in the 11th minute for putting his arm into the face of Lucas Torreira.

Deeney was clearly keen to set the tone for his side through relentless closing down of a nervy Arsenal back-line. But whether it was over-exuberance or something more sinister, Deeney was deserving of a red card. 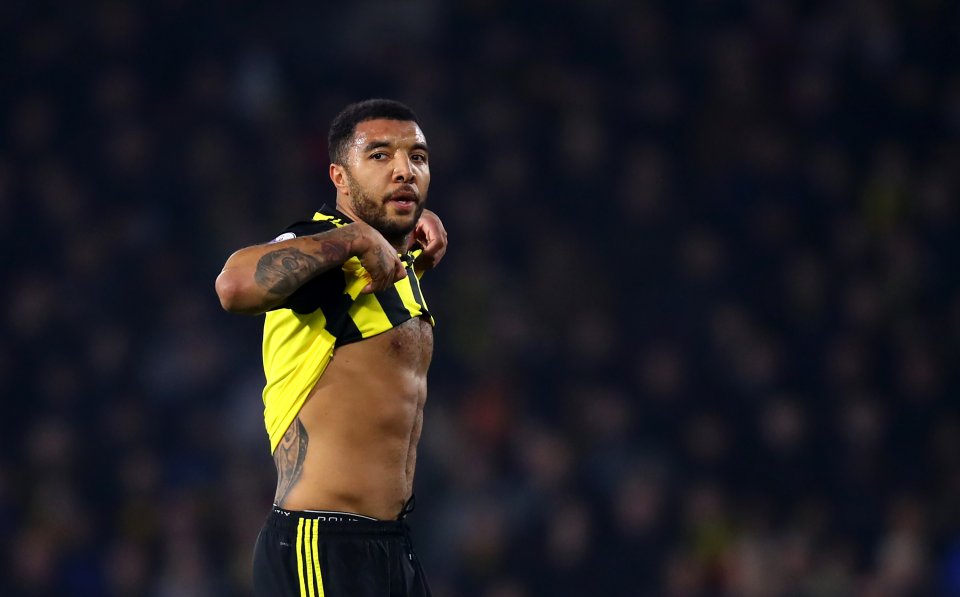 Troy Deeney was sent off after clashing with Lucas Torreira (Source: Getty)

The Hornets’ race for seventh place isn’t over and on this viewing they could yet pip Leicester, Everton and Wolves to finish as best of the rest in the Premier League.

Arsenal failed to make the most of their man advantage and one player who summed up their wastefulness was Alex Iwobi.

Given a start ahead of Mesut Ozil, Alexandre Lacazette and Sead Kolasinac, the Nigerian was erratic, frequently getting into dangerous positions down the left but failing to make them count.

He wasn’t the only one to blame, however. Aubameyang was the match-winner, but hit the target with just one of his five shots, while Henrikh Mkhitaryan was similarly wayward.

Had they scored another of their many good chances, Watford wouldn’t have been allowed to push for an equaliser.

Apart from when breaking at speed, Arsenal rarely looked like a side with an extra player.

Their defence, which included Konstantinos Mavropanos on his first league start, looked shaky, but it wasn’t helped by Emery’s uncontrollable desire to change things. 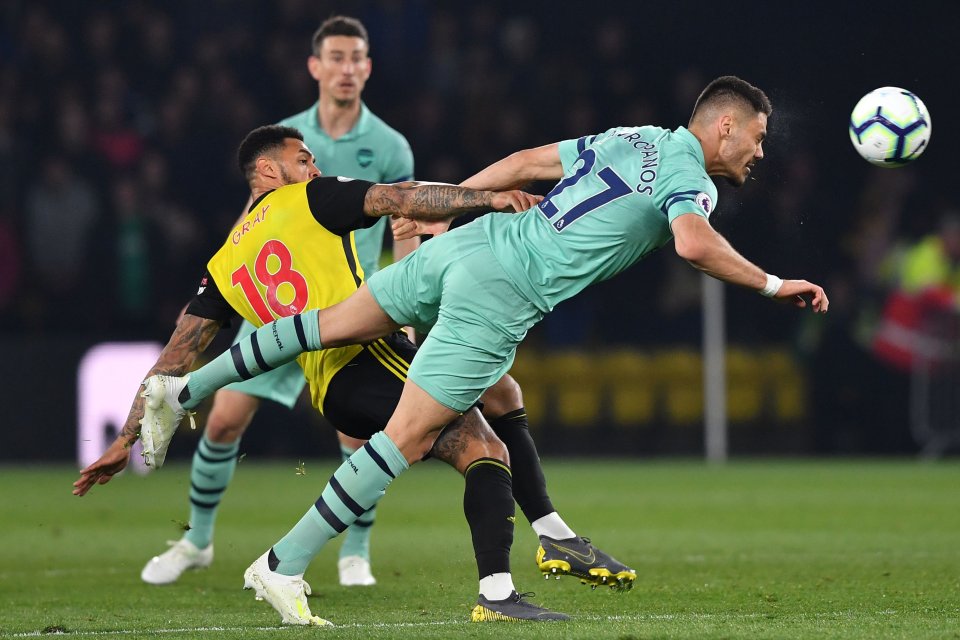 The Arsenal boss started with a four-man defence, yet altered his formation at will, bringing on Ozil at half-time for Torreira before Matteo Guendouzi for Mavropanos and Ainsley Maitland-Niles for Aaron Ramsey prompted more shifts.

The result was no control for the Gunners, who were perhaps fortunate to come away with three points.

There’s still a long time to the FA Cup final, but more than matching one of the Premier League’s Big Six with a man fewer is a good work-out for Watford as they prepare to meet Manchester City at Wembley.

Watford were competitive, energetic and determined. With a bit more luck or composure in front of goal they could have denied Arsenal. City are a daunting task on 18 May, but it looks as though the Hornets are up to it.