Wanted: Tory candidate who gets London

Barnaby Towns
Barnaby Towns was a campaign adviser to Conservative mayoral candidate Steve Norris in 2000 and 2004. 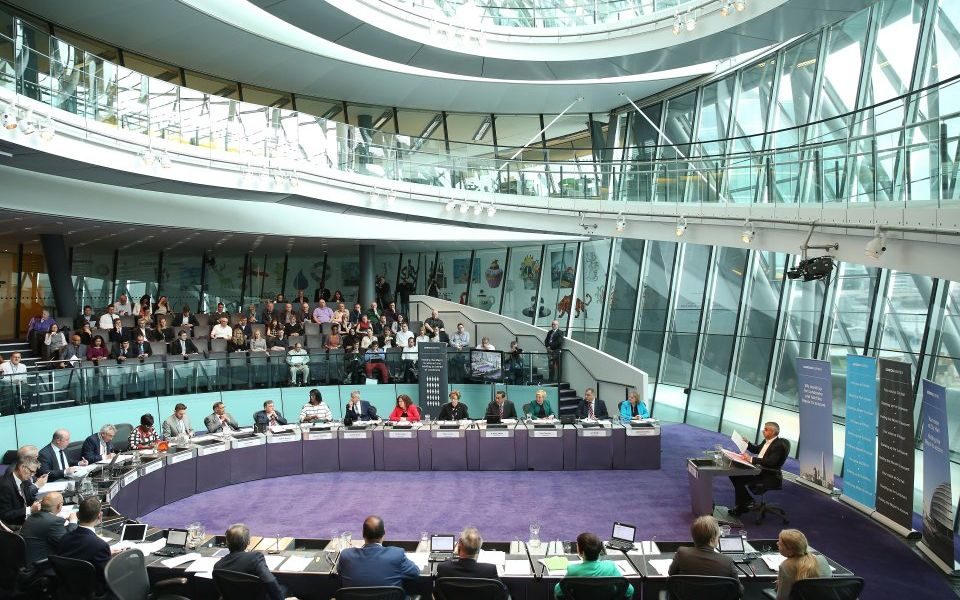 Nominations for the Tories’ London mayoral candidate open this month, reminding us that London elections have been unkind to the Conservatives lately. The 2016 mayoral election, when Labour’s Sadiq Khan defeated Tory Zac Goldsmith 44 to 35 per cent on first preference votes – 57 to 43 with second preferences for other candidates counted – was no one-off, but part of a trend.

Last month saw the Tories lose 101 London councillors net. Tory representation on London’s councils is the lowest since the boroughs’ 1965 creation. Today’s 511 London Tory councillors are fewer even than the previous record-low of 1994, one year after the pound was unceremoniously ejected from the Exchange Rate Mechanism.

Tories retained flagship low council-tax authorities with reduced majorities, but more importantly for the mayoral election where votes, not seats, count, Labour won the popular vote in Wandsworth, and was merely two points behind them in Westminster.

Tory defeat in London’s sixth mayoral election would confirm the capital’s status in the minds of many as a ‘Labour city,’ Boris Johnson’s narrow 2008 and 2012 wins over former mayor Ken Livingstone notwithstanding. Assuming continued Tory minority government rule at Westminster, and given mayor Khan’s high poll approval ratings, pundits have all but written off the Tories’ City Hall chances.

Runners and riders touted so far do reflect the capital’s growing diversity, with which the party has struggled. Often mentioned are two minority-ethnic Tories – Syed Kamall and Shaun Bailey; and two gay politicians, Justine Greening and Andrew Boff.

All four are more closely connected to London’s socio-economic realities than 2016’s standard-bearer, the multi-millionaire heir to the Goldsmith dynasty’s fortune. In this, Zac Goldsmith contrasted sharply with Khan, the former solicitor turned government minister and son of a London bus driver who grew up in a Tooting council flat.

Khan has adeptly distanced himself from Labour leader Jeremy Corbyn’s post-election missteps, including the politically costly anti-Semitism scandal. Contrasting with Corbyn’s European equivocations, Khan is unambiguously pro-European, doing the mayor no harm at all in this Remain city. But the new power in Labour’s land, Momentum, may cause him problems.

Could a Tory prove equally skilled at campaigning without being weighed down by the clunky electoral baggage –for London – of the Windrush scandal, Brexit and nationalist rhetoric about "citizens of nowhere?" Even if they get a hearing from Londoners by moving beyond such toxic totems, what can they credibly offer to increase affordable housing, improve transport connectivity and cut crime?

What’s needed is a Tory who Londoners can vote for, with a distinct, deliverable plan.

Steve Norris, whom the BBC described as a "Tory who ran as a liberal," wisely stood apart from the populism-lite of his party’s leadership in 2000 and 2004; back then some Tories weren’t ready for his inclusive stance. Norris, a former London transport minister, also had policy gravitas.

Boris Johnson stood under the banner of a modernised party in 2008 and 2012, winning its traditional core while polling beyond it. His critics, however, point to a rather lacklustre mayoralty, leaving a largely empty legacy – besides ‘Boris Bikes,’ Londoners struggle to identify achievements.

London, with its high share of under-45, renter, minority ethnic, more highly-educated and Remain-inclined voters, abounds with Tory electoral weak-spots. A serious, hardworking Tory who appeals to them is a big ask, but surely worth a try.