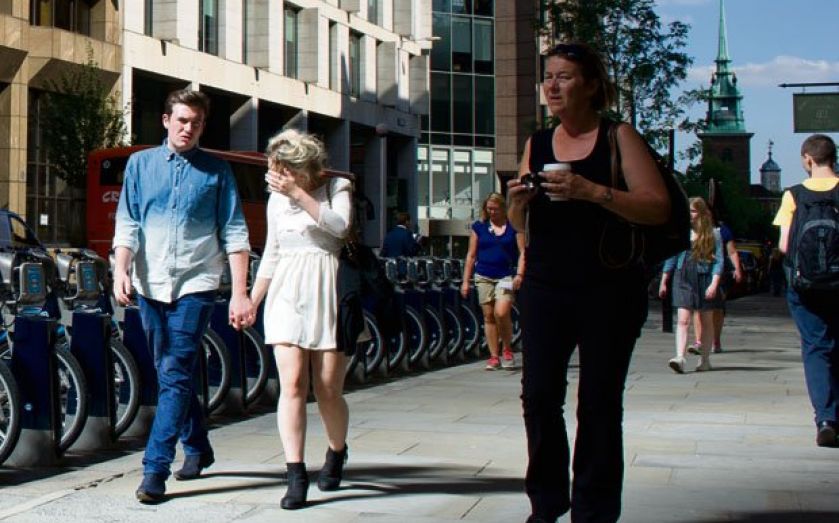 LONDONERS who pass by the Walkie Talkie skyscraper are in for a surprise – because the recently completed building at 20 Fenchurch Street is reflecting a beam of ultra bright light onto the street below.

The hotspot on Eastcheap near Monument station is forcing pedestrians to shield their eyes, with one passer-by describing it as “something out of science fiction”. When City A.M. visited the street yesterday light readings from the reflection were six times higher than in direct sunlight elsewhere in the City.

The building’s co-developer Land Securities appeared to be unruffled by the news.

“We took advice on such matters during the design stages of the project and are satisfied that steps have been taken to ensure such risks have been mitigated,” a spokesperson said yesterday.