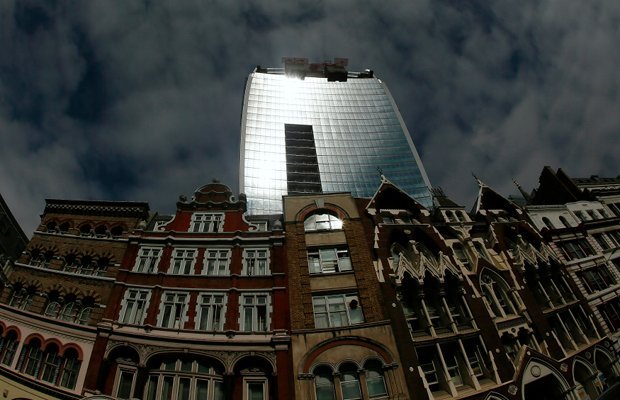 Figures for repairs to the 'Walkie Talkie' tower on Fenchurch Street are "in the low single-digit millions".

David Pritchard, chairman of Songbird Estates, an owner of the building, was speaking today following damage to the unusually shaped skyscraper caused by its own reflection of sunlight at the end of August.

City A.M. first reported that a Jaguar parked at the foot of the building had been melted by the intense rays coming off the building.

Songbird Estates, the majority owner of the Canary Wharf Group, has also suffered a setback on its Royal Dutch Shell new build in Lambeth with the planning application being called in by the Secretary of State for Communities and Local Government. Such delays, Pritchard commented, can incur costs between one and two million pounds. (Release)