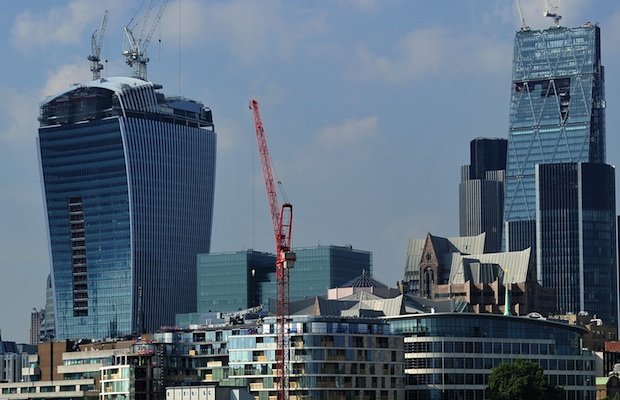 The developer of the Walkie Talkie skyscraper in the City of London, Land Securities, said this morning that a solution to the "seasonal solar glare" issue – the 70C beam of sunlight that melted cars, burnt shops and saw an egg fried in its heat – is in its final stages.

Land Securities says that the cost of fixing the building "will sit comfortably within unutilised scheme contingency and will not result in us having to increase our forecast total development cost."

The developer, reporting the update in its half yearly results, saw profit before tax of £397.9m in the six months to September, from £131.4m in the previous six-month period. Revenue profits – those excluding fluctuations in asset values and certain other items – were £156.5m for the period, up 8.9 per cent from the same period a year previously. However, Land Securities says it expects revenue profit to over the second half of the year, as it sells assets. Chief executive Robert Noel said:

Due to the highly competitive market, it is likely that sales of assets will exceed capital expenditure and acquisitions in the second half. While this will strengthen our balance sheet further, it is likely that revenue profit will be slightly lower than in the first half as we lose income from sales.

Noel added that strong interest in its London developments mean that the firm expect to "continue to deliver lettings ahead of [our] original expectations."

But he also outlined the distinction between London and the rest of the UK:

Although there is improvement in the UK economy, headwinds persist in retailproperty as we believe the consumer, with lower real income and faced with rising non-discretionary expenditure, will remain under pressure. With an increasing population and healthy demand in all sectors, we view London property as distinct, although not divorced, from the overall UK economy.

The company is also seeing some changes when it comes to its non-executives, announcing in a separate statement that Sir Stuart Rose, former boss of M&S, is stepping down after 10 years on the board. Joining as non-execs are Cressida Hogg, managing partner of 3i, and Edward Bonham Carter, boss of Jupiter Fund Management and brother of actress Helena Bonham Carter.