Yes, wages are still highest in London – but the capital isn’t where salaries are growing fastest.

Wage growth is higher than it’s been for five years, showed fresh labour market statistics released by the Office for National Statistics today. This is far from evenly split, however.

Those working in Northern Ireland, the North East of England or Wales have cause to cheer, as their wages begin to catch up to the UK average, having leaped by over four per cent in the past 12 months.

In Northern Ireland, wages have grown a whopping 10.2 per cent.

Despite the high growth, these remain the regions with the UK’s lowest average wages. 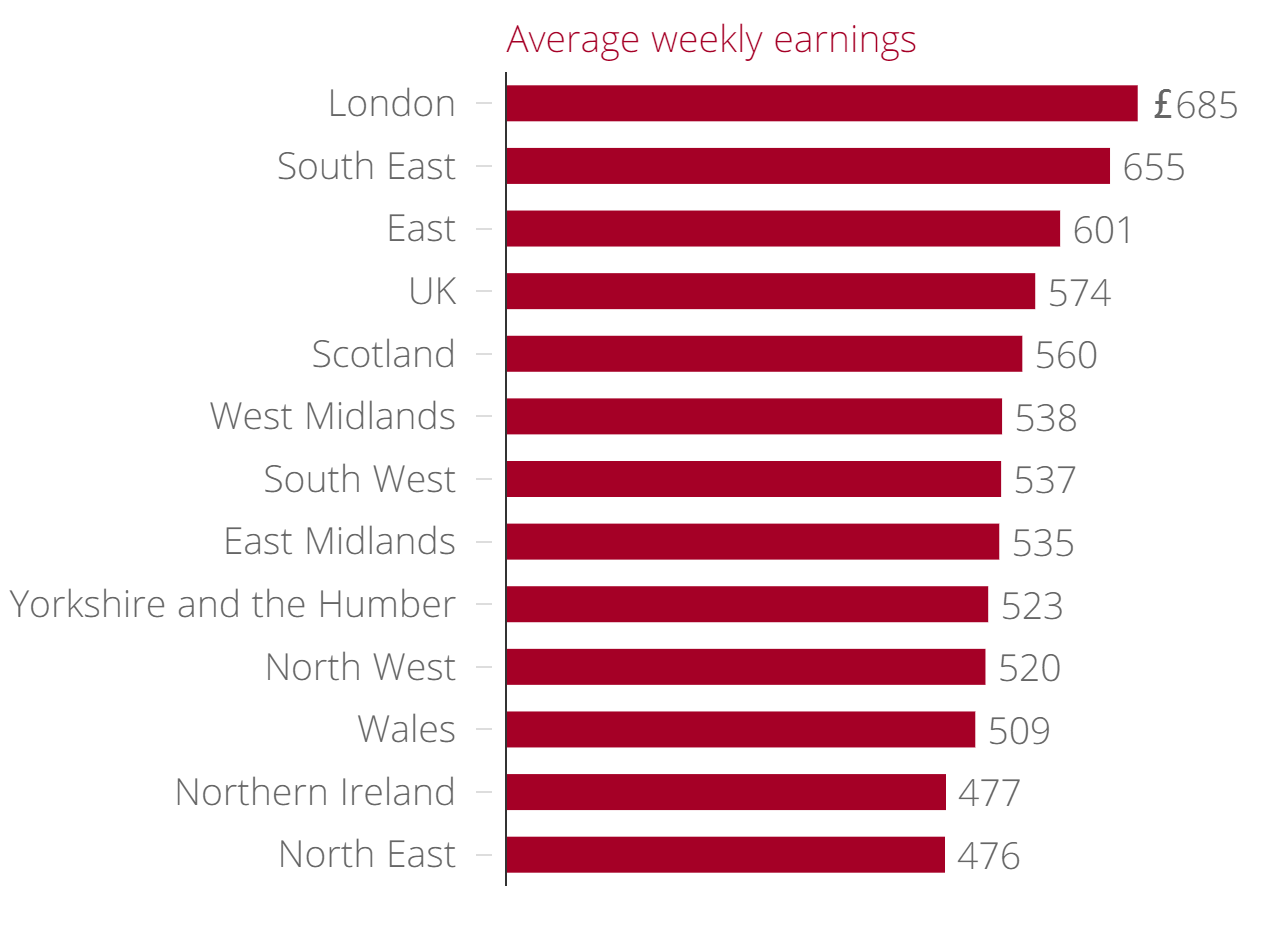 London, where wage growth was just above the UK average, remains the region where salaries are highest.

Those living in the North West have some cause for concern, however, as average wages have actually fallen by almost two per cent over the time period.