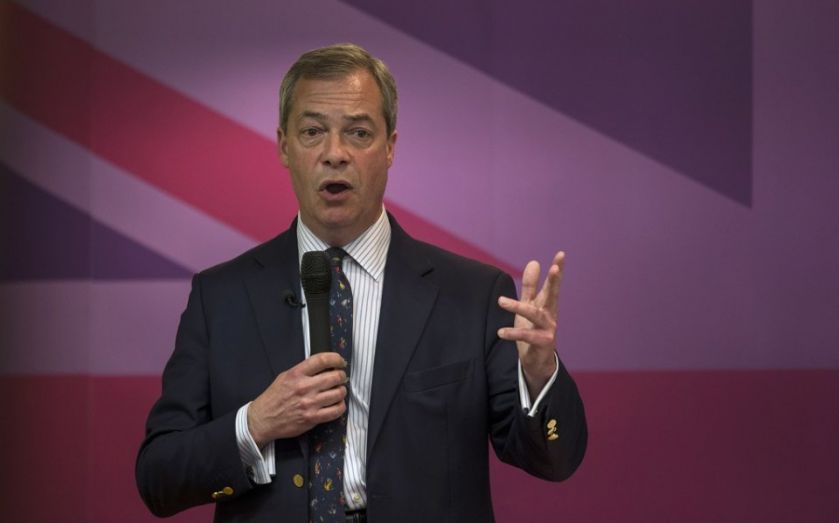 A plurality of British voters think the media is much more likely to be biased against Ukip than any other major political party.

The media has often made great play of gaffes and inappropriate remarks made by Ukip politicians and members. However, Ukip consistently points out that the media rarely reports similar offences committed by members and candidates from other parties. 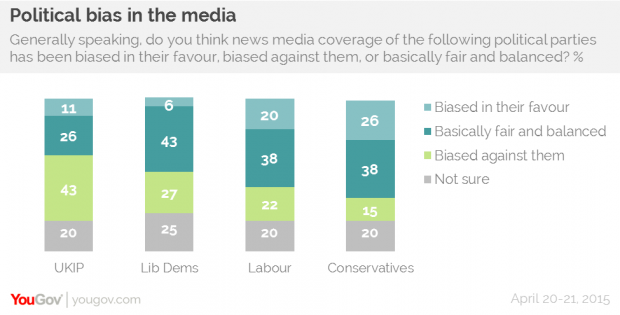 In last week's opposition leaders' debate, Farage took on both the audience and the BBC on the issue of immigration and housing.

“There just seems to be a total lack of comprehension on this panel and indeed this audience, which is a remarkable audience even by the left-wing standards of the BBC,” he said.

The audience greeted Farage's comments with hostility, but the Ukip leader was un-phased, saying the "real" audience was watching at home. After winning the European elections, two parliamentary by-elections and consistently polling in the double digits, media regulator Ofcom ruled Ukip a major party.

This meant the party was guaranteed more airtime in England and Wales. If the media has been biased to Ukip it seems to have had little impact on their national poll ratings. But the YouGov figures do strike a chord with Ukip insiders.

A Ukip spokesman told City A.M.: “This is exactly how we feel, and it’s encouraging that a majority of people agree. Out campaigning up and down the country, candidates report exactly the same thing.”