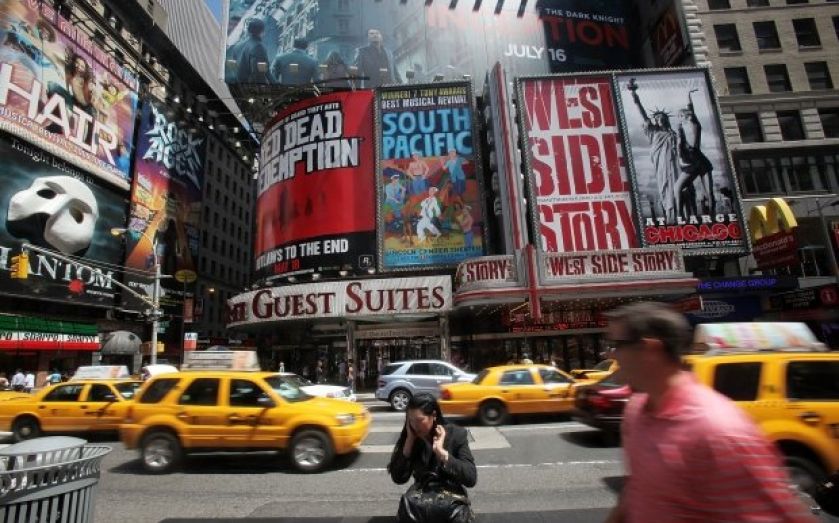 The Jumpstart Our Business Startups (Jobs) act came into law in the US heralding what many believed would be a watershed moment in the notoriously secretive and guarded world of hedge funds.

The law, passed exactly two years ago this month, lifted restrictions on hedge funds and other alternative investment managers to market their funds to the wider public – opening up the slightly surreal spectre of hedge funds using primetime commercial TV spots, full page adverts in newspapers and annoying radio jingles to promote their products.

However, new research out today suggests the Jobs act has had a minimal impact on alternative investment managers and the reasons why.

Firstly, just nine per cent of hedge funds and eight per cent of private equity firms said they planned to market their products under the new rules in the act, according to the poll by Preqin.

The majority said they did not plan to market at the moment, while a further eight per cent of hedge funds said they would never market, versus 14 per cent of private equity firms who felt queasy at the idea of adverts appearing from their company.

Their rationale for not pursuing marketing opportunities to advertise to the general public under the Jobs act is explained best here, using Preqin’s findings. 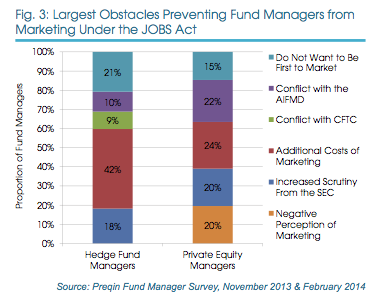 One thing leaps out (apart from the fact that one in five private equity simply disdain all forms of marketing) and that’s the role pre-existing regulation and rules play in putting off hedge funds and private equity firms from using the Jobs act.

What appears to be putting managers off using the Jobs act rules more is their interplay with other regulatory rules, namely the incoming European rules on alternative managers, dubbed AIFMD, and US rules from the Commodity Future Trading Commission.

Around one in five managers also said they didn’t want to market because it means increased scrutiny from the US financial watchdog, the Securities and Exchange Commission (SEC) – a slightly worrying statistic from an industry criticised for being too lightly regulated.

It was an encouraging move by the Obama administration to give alternative investment managers more freedom, but in terms of the impact of the policy in the hedge fund marketing arena it is starting to look a dud, according to these figures.

This graph, also Preqin says it best: most people think it will have no impact at all.